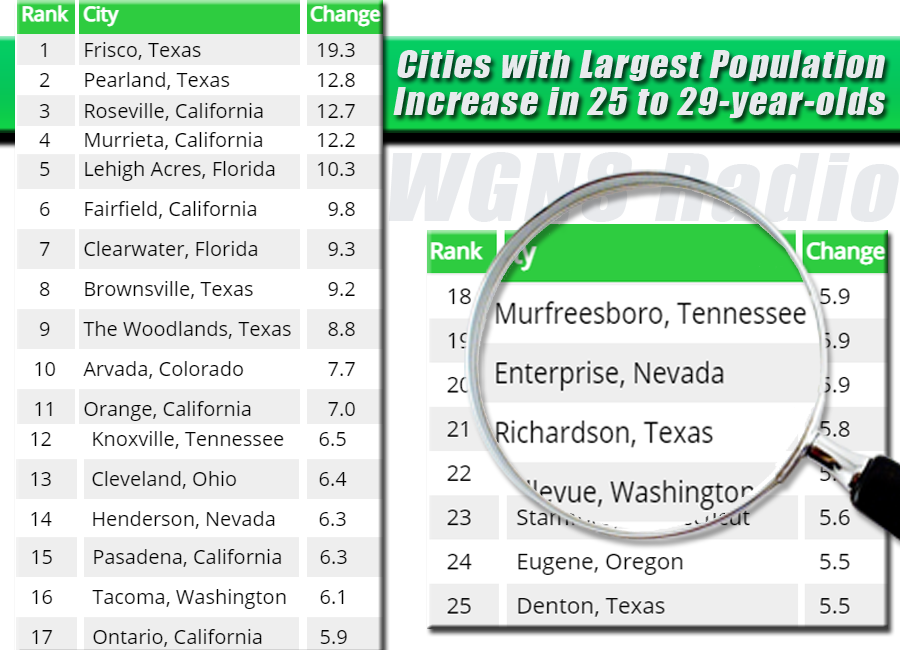 Using data from the ACS Census, a recent survey found the cities with the largest growth in 25-to-29-year-olds.

According to “Zippia.com,” Murfreesboro happens to be one of the cities across our nation that saw one of the largest population increases in residents aged 25 to 29. The increase added up to a 5.9% increase, tying with Ontario, California, Enterprise, Nevada and Richardson, Texas.

Knoxville, Tennessee was also on the list and ahead of Murfreesboro, ranking in at number 12. The home of UT recorded a 6.5% growth of 25 to 29-year-olds.

The city with the largest growth of residents in the 25 to 29-year-old age bracket was Frisco, Texas. There, the city saw a 19.3% increase of residents who are just under the 30 mark.

Fortunately, there were no Tennessee cities on the exit list.

See more on this survey at the below link: