UPDATE: Shooting on I-24 near Smyrna 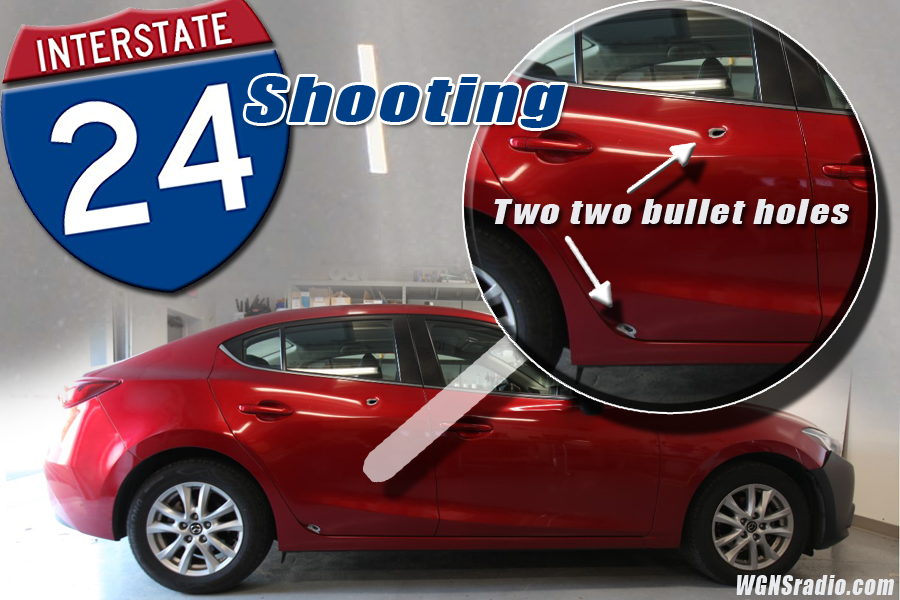 A man escaped injury when another driver fired two bullets into his car Monday morning on Interstate 24 near Smyrna, a Rutherford County Sheriff’s detective said.

Driver Juan Parada of Nashville was traveling in the lane closest to the median toward Nashville in his red, four-door Mazda 3, said Detective Richard Brinkley.

ADVERTISEMENT
“A person driving a white, possibly compact sedan, unsuccessfully attempted to merge into the same lane,” Brinkley said. “After the attempted merge, it is believed that this person then fired two bullets into the vehicle Mr. Parada was driving. A bullet did not strike Mr. Parada.”

Brinkley needs information from anyone who may have seen the driver shoot at Parada. Other drivers who saw the shooting or have information may call Brinkley at 615-904-3045 and leave a message.

In other details, Deputy Andrew Bradley reported the shooting happened about 5:20 a.m. near the 72-mile marker between the Interstate 840 and  Almaville Road exits.

Parada told Bradley the driver who shot at him was driving an older, small white car. He heard the sound of gunshots and noticed his windshield cracked.

He immediately called the Sheriff’s Office to report the shooting.

Again, Detectives are still trying to identify the person driving the white car. If you have information, please contact Detective Richard Brinkley at 615-904-3045.