COMING UP: Saturday Drug Take-Back at the Rutherford County Sheriff's Office in Murfreesboro 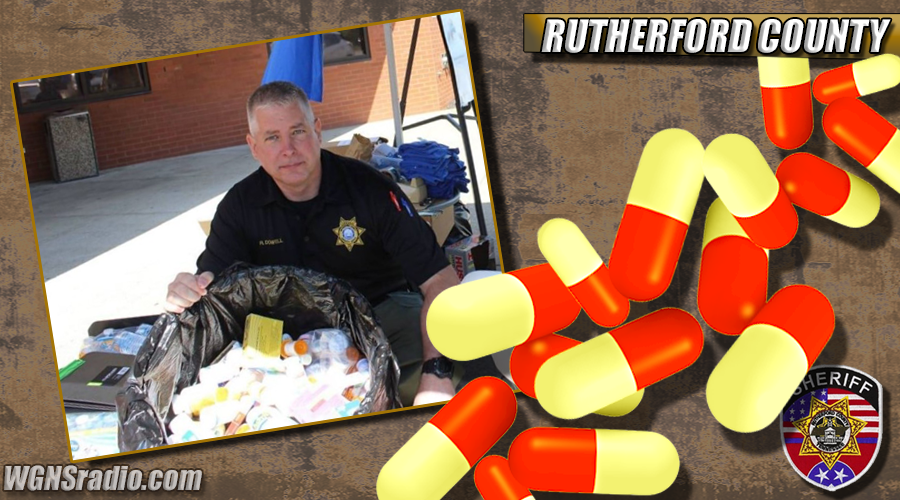 Sheriff’s Sgt. Robert Dowell shows some of the prescription medicines collected in an earlier Drug Take Back Day event.

Old and unused medicines, liquid medicines and a small amount of needles may be brought to the Rutherford County Sheriff’s Office for safe disposal Saturday.

Deputies will accept the medications during National Prescription Drug Take Back Day from 10 a.m. to 2 p.m., Saturday, April 23 at the Sheriff’s Office at 940 New Salem Highway in Murfreesboro, said Evidence Sgt. Robert Dowell.

Unused and expired pills and tablets may be disposed of any time in a bin located in the front lobby of the Sheriff’s Office, Dowell said. Vapes, needles and liquid medicines are not accepted in the bins.

The sheriff’s office will safely dispose of the unwanted medicines.

Drug Take Back Day is sponsored nationwide by the U.S. Drug Enforcement Administration.

Residents who dispose of the medications may help prevent drug addictions and overdose deaths.

The survey showed a majority of misused prescription drugs were obtained from family and friends kept in the homes.

Disposing of the medicine prevents other people from using prescription drugs not prescribed to them and protects the environment by not disposing of medicines into the water system, the DEA reported.