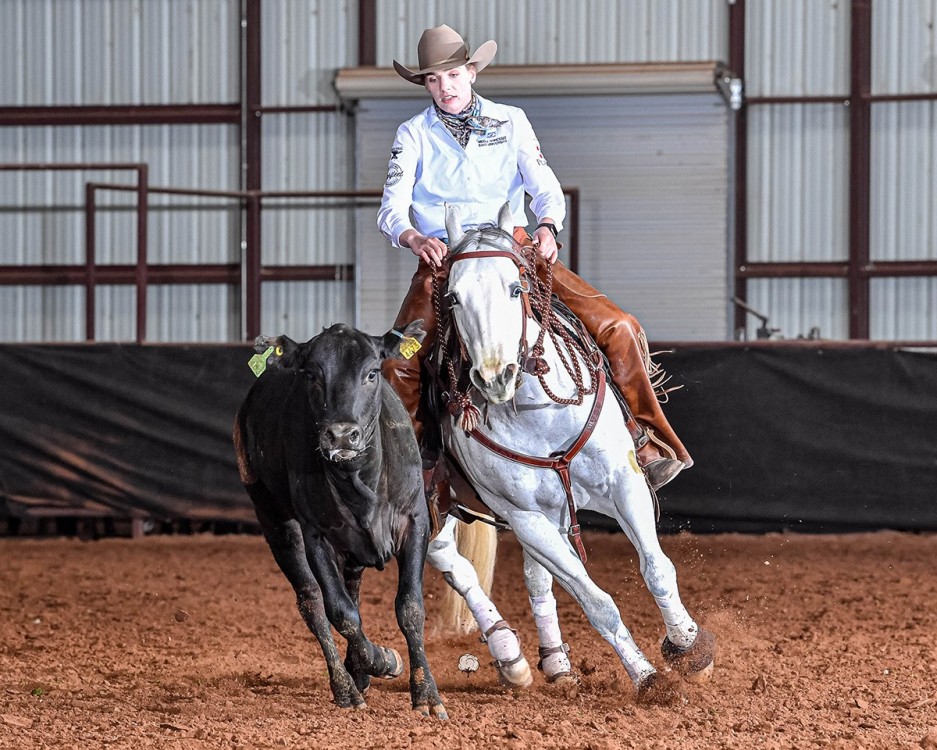 MURFREESBORO, Tenn. — They were the new kids in the saddle, but coach Andrea Rego and the determined riders of the 2021 MTSU stock horse team rode into the Sweetwater, Texas, outdoor coliseum ready to defend their American Stock Horse Association National Show Division 2 championship with a well-executed plan of preparation and mental skills training.

“We had a whole new team, so we had expectations to compete and represent MTSU as best as we could and get them (riders) to have correct and clean runs (in the various categories),” Rego said.

Student riders and their horses competed in cow horse, reining and trail events. In cow horse, the rider is tasked to work a live cow, performing specific maneuvers requiring skill, coordination and timing.

“The team focused a lot on mental skills training and incorporating confidence and accuracy in the practice pen, so that it reflected in their performances,” said Rego, who learned recently she has been named the MTSU Student Organizations Adviser of the Year.

“I noticed more precise and assertive showing from our preparations,” she added.
“I’m very pleased with the team members’ support of one another. I think the obstacles they’ve been through over the last year have set them up to appreciate every opportunity they can get to show and make it count.”

The 2020 event was canceled because of COVID-19. This year, the ASHA followed current Texas, Nolan County and coliseum safety protocols for outdoor events, the association’s Stacy Jo Hartley said.

Meek was awarded the Sumrall Sportsmanship Award by national show officials and coaches, who chose a rider who exemplified the character of the late Brian Sumrall, an influential stock horse clinician, judge and ASHA executive committee member since its inception.

She also recognized the Tennessee Stock Horse Association and professionals Stephen Freeman, Lucas Ayers, Ben Baldus and Sandy Collier “for taking time to assist in teaching the students during the academic year.”