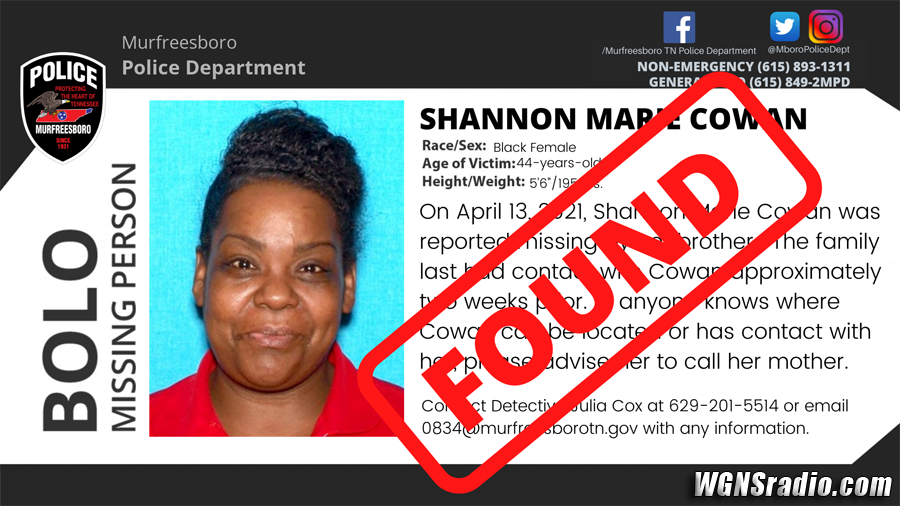 A 44-year-old woman who was reported as missing in the Rutherford County area has been safely located, according to the Murfreesboro Police Department.

Shannon Cowan was reported missing by a family member who said he had not had contact with her in approximately two weeks. The report was filed with MPD on April 13, 2021.