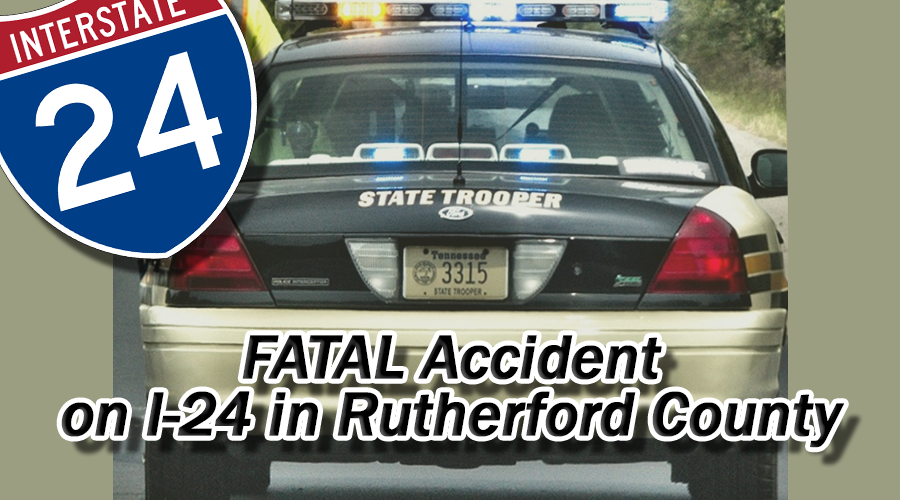 Two people are confirmed dead after an I-24 auto accident that happened on Thursday (4/29/21) afternoon in Rutherford County, according to the Tennessee Highway Patrol.

ADVERTISEMENT
The THP reports that a 2012 Ford Escape traveling East on I-24 drove off the interstate and into the median. The Escape continued traveling through the grassy divide and into the Wesbound lane of traffic near the Beechgroce exit (mile marker 95). Once in the oncoming lane, the small SUV driven by 19-year-old Sebastien Tarin of Manchester, Tennessee collided with a small pickup truck. Tarin was killed in the impact.

65-year-old Stanley Peterson from Beechgrove, Tennessee was driving a 2015 Nissan Frontier when struck head-on by the Ford Escape. The Highway Patrol told WGNS NEWS that Peterson was killed in the collision.

A 22-year-old man by the name of Zachary Parsley was a passenger in the Ford Escape that struck the oncoming pickup truck. Details of Parsley's injuries have not been released.

The crash remains under investigation.