Vehicle Broken Into along Greenway - Thief Spends Over $1,000 on Victims Bank Cards 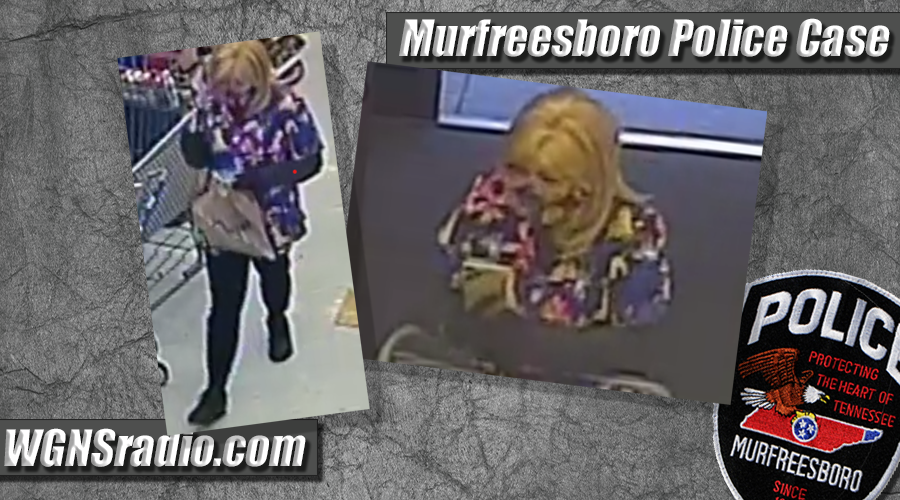 Murfreesboro Detectives are asking for assistance in identifying the person who is believed to have stolen a purse from a vehicle.

ADVERTISEMENT
The small SUV was broken into on April 18th as it sat in the parking lot of the Stones River Greenway at the Trailhead on West College Street.

Evidently, the victim was in the park with her daughter who she took to the Greenway to play.

Authorities say that shortly after the break-in occurred, the unknown culprit allegedly went on a shopping spree at several businesses, spending more than one thousand dollars.

To get inside the 2021 Chevrolet Equinox, someone shattered the passenger side window, reached inside and grabbed the victim’s purse. Inside the purse were credit cards, a debit card, an iPhone 11, and the victim’s driver's license.

According to the victim, the purse was hidden from plain view. Regardless of where the purse was sitting, the fact remains that it was left unattended in the vehicle.

Surveillance video obtained by Murfreesboro Police shows a woman using one of the stolen credit cards at a local business.

If you know this person or where she can be located, please contact MPD Detective Ray Daniel at 629-201-5512 or email tips to crimetips@murfreesborotn.gov.
Tags: break in burglary credit card greenway Murfreesboro news police stolen Tennessee theft TN
Sections: News