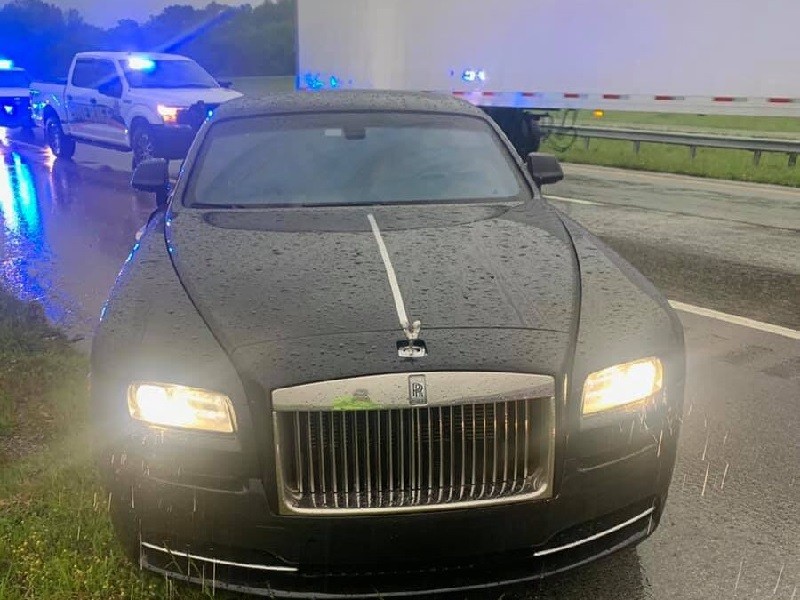 A high-speed pursuit by the Tennessee Highway Patrol looses some lustre when it's the next county over, but your attention is perked when learning that the multi-county run involved a Rolls Royce and a Porsche. In fact, the 177 mile per hour chase started last Tuesday (5/4/2021) in Marion County and ended with a crash in Pelham, that's I-24 around the old Stuckey's as you come off of Monteagle mountain.

Our news partners at Thunder Radio in Manchester, TN told us, "The stolen vehicle then passed a Porsche 944 and caused the driver of the Porsche to crash into the rear of the Rolls-Royce. Both vehicles pulled to the shoulder of I-24 at the 127 mm just outside of Coffee County, where two males exited the Rolls-Royce and attempted to physically remove or carjack the driver of the Porsche. During the altercation, a semi-automatic pistol was presented by one of the suspects."

ADVERTISEMENT
THP Sergeant McVey pulled in behind the vehicles, where he observed one male with his clothing partially torn yelling for help. The sergeant quickly brought the man to safety behind his patrol vehicle. Sergeant McVey then apprehended the two male suspects. Sergeant McVey then recovered a loaded Glock 9 millimeter semi-automatic pistol which had been dropped in the Porsche during the altercation.

“We are so thankful for the high level of partnership that the THP has with the Georgia Department of Public Safety and all of our federal, state, and local partners,” said Colonel Matt Perry.

The driver was 20-year old Tyler O. Long and a 17-year old juvenile, both from Jackson, TN. They were taken into custody without incident and transported to the Grundy County Sheriff’s Office.