Vehicle Theft at a Murfreesboro Apartment Complex - Do You Recognize the Subjects in the Photo? 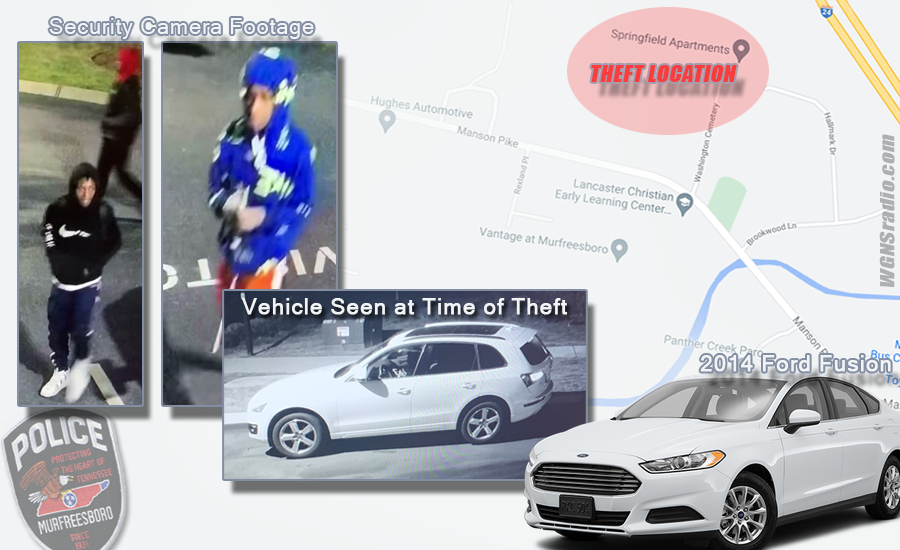 Murfreesboro Police continue to search for the suspects in a stolen car case.

The vehicle was reported as STOLEN from an apartment complex on Manson Pike in Murfreesboro late last month. Now, Murfreesboro Police need the help of the public in figuring out the names of the culprits behind the theft.

Detectives say the mid-sized SUV was taken from Springfield Apartments on Manson Pike (3726 Manson Pike) near Fortress Boulevard and I-24 on April 27th, 2021.

According to authorities, the vehicle owner reported her 2014 Ford Fusion was taken with her wallet containing her driver's license, debit, and social security cards.

If you recognize the individuals in the video, please contact Murfreesboro Police Detective Doug Arrington at 629-201-5522. You can also send tips to crimetips@murfreesborotn.gov.