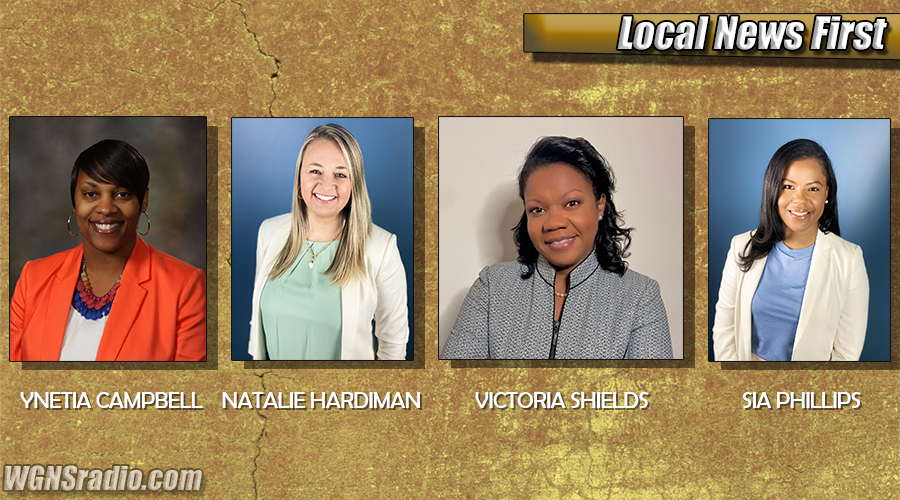 Campbell joins Northfield with ten years of experience as a principal and assistant principal and 12 years of experience in the classroom where she was named Teacher of the Year and MEA Distinguished Educator. Over her tenure, she has participated in many community and leadership opportunities including the MCS Leadership Academy and the Chamber of Commerce Inaugural Amazing Shake Committee.

“We are thrilled to welcome Mrs. Campbell back to Murfreesboro City Schools,” says Director of Schools Trey Duke. “She is a motivator who seeks excellence in the classroom and throughout the school community. Her dedication to education is apparent.”

Campbell received her Master of Education Degree in Administration and Supervision from MTSU as well as her Education Specialist Degree. She is an active member of the Association for Supervision and Curriculum Development (ASCD).

“I am honored to have been selected as the new principal for Northfield Elementary,” says Campbell. “Northfield has a reputation for strong community and parent involvement. I look forward to embracing the school traditions and working with this extraordinary group of teachers.”

Northfield currently enrolls around 800 students in pre-K through 6th grade.

The school was recently selected by The Tennessee Department of Education and the Tennessee Behavior Supports Project (TBSP) as a Model of Demonstration School – Gold Level for Response to Instruction and Intervention for Behavior (RTI2-B).

Schools Director Duke also announced the appointment of Natalie Hardiman as Principal of Reeves-Rogers Elementary beginning in the 2021-22 school year.

Hardiman currently serves as the Assistant Principal of the school. Hardiman has an extensive background in Murfreesboro City Schools where she began as a teacher at Cason Lane Academy in 2003. She has served in the Assistant Principal role at John Pittard, Scales and Discovery. Hardiman has wide-ranging experience working with children, parents and teachers including serving as past president and membership chair for Murfreesboro Education Association (MEA).

“Ms. Hardiman is an enthusiastic leader with a wealth of experience across the district,” says Dr. Trey Duke. “She is entrenched in the Murfreesboro community and understands the needs of our students at Reeves-Rogers.”

Hardiman received her Education Specialist Degree from MTSU with an emphasis in Administration and Supervision. She received her Masters in Education in Integrating Technology in the Classroom from Walden University.

“I am extremely excited to become the principal at Reeves-Rogers,” says Hardiman. “I have gained so much knowledge from the principals that I have had the privilege of serving with in the past. I look forward to taking my experiences and bringing the best to Reeves-Rogers.”

Reeves-Rogers was recently selected by The Tennessee Department of Education and the Tennessee Behavior Supports Project (TBSP) as a Model of Demonstration School – Gold Level for Response to Instruction and Intervention for Behavior (RTI2-B). The school enrolls approximately 400 students and is located on Greenland Drive.

Dr. Victoria Shields has been named principal of Mitchell-Neilson Elementary beginning in the 2021-22 school year. Shields joins Murfreesboro City Schools with over ten years of experience in school administrator roles.

“We are pleased to welcome Dr. Shields to our team,” says Dr. Duke, director of schools. “She is incredibly qualified and has the vision and experience to lead Mitchell-Neilson Elementary.”

“I feel blessed by this new opportunity to serve as a principal in the community where I live,” says Shields. “I look forward to working with the Mitchell-Neilson team and celebrating the student successes while we purposely focus on the needs of the whole child. Mitchell-Neilson has a rich history in our community, and I want to honor that legacy and the partnerships that have helped the school succeed.”

As a principal, Shields has worked to increase proficiency of English Language Students and students with disabilities. She has successfully implemented professional learning communities and incorporated differentiated professional development plans to allow teachers to present best practices.

Shields is a member of the Southern Association of Secondary School Leaders, Phi Delta Kappa and Delta Sigma Theta.

Mitchell-Neilson was recently selected by The Tennessee Department of Education and the Tennessee Behavior Supports Project (TBSP) as a Model of Demonstration School – School of Recognition for Response to Instruction and Intervention for Behavior (RTI2-B). The school enrolls over 400 students and is located on the corner of Clark and Jones Boulevard.

Dr. Shields will assume her position in July.

Sia Phillips was appointed as Principal for Salem Elementary.

Phillips has served as Assistant Principal and as the Interim Principal at Salem Elementary since the school’s opening in 2019. In addition to her past leadership roles at Discovery and Reeves-Rogers, Phillips has an extensive background working with children including positions as an academic coach, English as Second Language (ESL) and classroom teacher.

“Sia has gained the respect of the faculty, parents and student body at Salem. She has the knowledge, experience, and leadership skills to continue to move Salem forward,” says Duke. “Sia is known across the district as a positive leader and I am extremely pleased to see her take the role as the principal at Salem.”

Salem has one of the largest student population in the Murfreesboro City School district currently enrolling nearly 1,000 students. The opportunity for principal at Salem comes after the appointment of Duke as Director of Schools.

“I love being a part of the Salem Saints community and look forward to this new opportunity,” says Phillips. “Salem has already established a wonderful reputation for student learning and parent involvement which will only grow in the years to come. It’s a great day to be a Salem Saint.”

Phillips received her Bachelors, Masters and EdS in Curriculum and Instruction from Middle Tennessee State University.