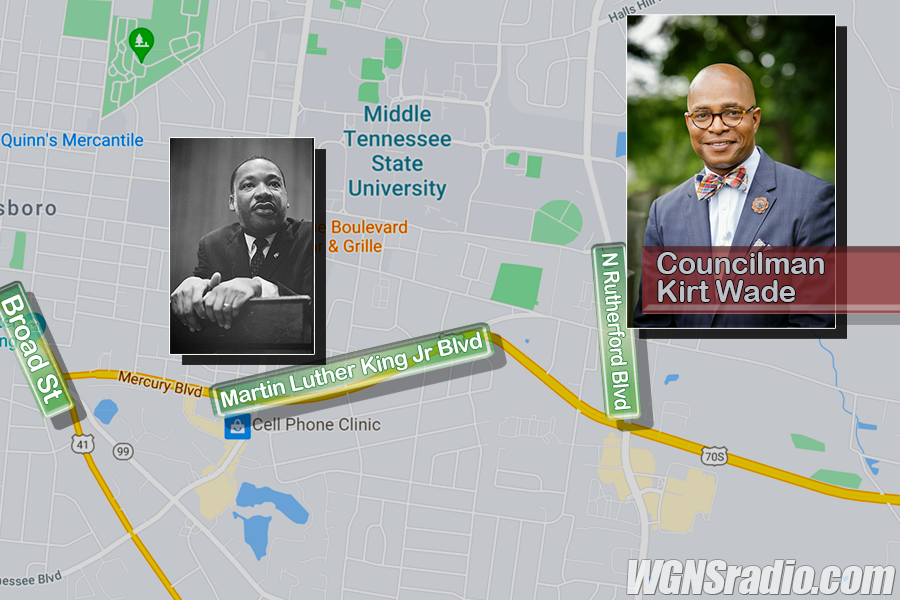 Proposed by City Councilman Kirt Wade in February during Black History Month, the City’s Planning Department studied the renaming and presented the proposal to a Council Workshop meeting March 10, 2021. Council referred the renaming to the Planning Commission. The Planning Commission is authorized by the City Subdivision Regulations to consider and approve street naming changes.

The renaming of Mercury Boulevard to Doctor Martin Luther King Jr Boulevard recognizes the national contributions of the slain civil rights leader in advocating racial equity through non-violence in the 1960s and reflects the commitment of the City to embracing diversity within the community. Mercury Boulevard is in an area of the City that has significant cultural and historical importance, including Patterson Park Community Center, the destination for the annual MLK Jr. Day March honoring Dr. King’s birthday.

The Rev. Martin Luther King Jr. led marches and demonstrations throughout the 1950s and 60s that promoted ending racial segregation in public accommodations. His work, inspired by his Christian faith and by nonviolent civil disobedience, prompted Congress to pass the 1964 Civil Rights Act and the 1965 Voting Rights Act.  On April 4, 1968, after speaking to sanitation workers who were striking for better wages and working conditions in Memphis, Tennessee, King was assassinated as he stood on the balcony of the city’s Lorraine Motel.

More than 400 addresses on Mercury Boulevard will be affected by the name change, including approximately 40 commercial and government addresses and 364 single and multi-family residences. The effective date for the name change will be determined later and will give property owners, residents, businesses, and service providers, including emergency service providers, utilities and the USPS, sufficient time to implement the change.

The City Transportation Department will change street signs to Doctor Martin Luther King Jr Boulevard for the length of the roadway at a cost of approximately $10,000. The City Transportation and Engineering departments are currently engaged in a sidewalk construction project on the newly renamed street to enhance pedestrian safety. The federally funded TDOT grant project, Transportation Alternative Program (TAP), announced in 2017 (Phase 1) and 2019 (Phase 2), is providing a sidewalk system to a section of street where no sidewalks currently exist along the high-volume roadway. The improvements will be installed along Mercury Boulevard. (Doctor Martin Luther King Jr Boulevard) from SE Broad Street to Middle Tennessee Boulevard.

The system includes ADA compliant pedestrian crosswalks, crossing push buttons, pedestrian signals and marked sidewalks.  On April 8, 2021, Council approved a construction contract with low bidder Charles Dewesse Construction, LLC of Franklin, KY for $1,100,292 and $131,272 to Neel Schaffer, Inc. for professional services. The City is matching 20 percent for the Sidewalk Project, $286,224, from the 2018 CIP.

The Planning Commission adopted a policy in January 2019 stipulating that, “It shall be the policy of the City of Murfreesboro Planning Commission to rename existing streets only when a legitimate public interest is served and only when it promotes the public health, safety, and welfare of the community as a whole.”

As part of the renaming, a small 600-foot segment of Mercury Boulevard east of South Rutherford Boulevard will be renamed to John Bragg Highway to be consistent with current E911 street naming protocol. This change came after the Planning Department consulted with various emergency service providers.