Minor Accident Involving Trailer on I-840 this past Saturday 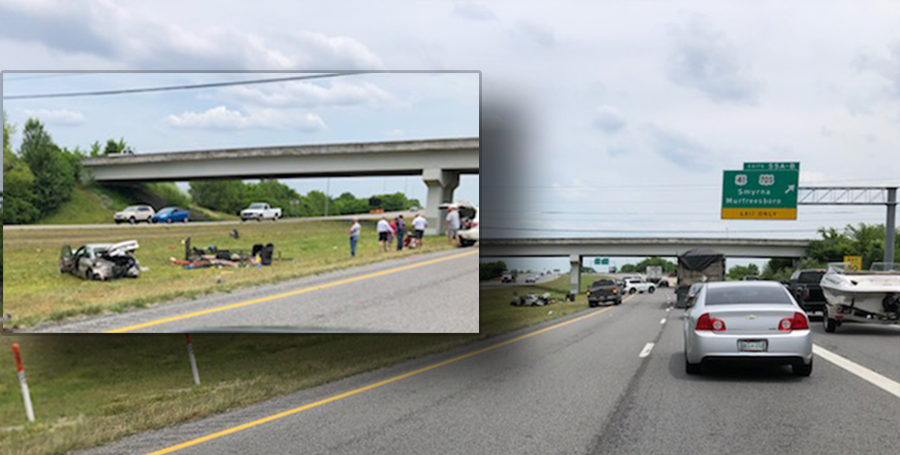 An accident on I-840 near the Highway 41 interchange in Rutherford County apparently looked much more critical than it actually was this past Saturday around noon.

ADVERTISEMENT
Lt. Charlie Caplinger with the Tennessee Highway Patrol told WGNS a 1999 Toyota Camry blew a tire on the back-passenger side and spun into a guardrail. After running off the interstate, the sedan made its way back onto the road and struck a Nissan Altima that was pulling a small trailer. Troopers say the Camry then ran off the interstate again, coming to a final rest in the center median.

Passing motorist quickly pulled over to make sure no one was injured in the wreck. The THP confirmed with WGNS that no one was hurt. Those who stopped waited with the drivers of the two cars until state troopers arrived to access the damage.