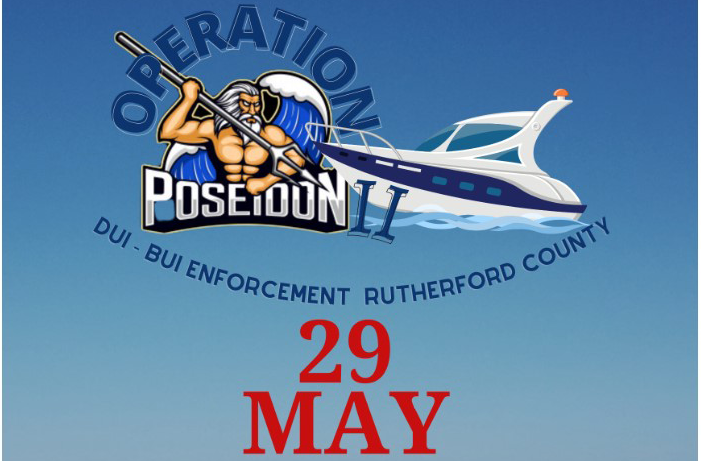 Like impaired drivers, boaters who are impaired by drinking alcohol run the risk of putting other people in danger by slower reaction times, Brian said.

Tennessee Highway Patrol Trooper Brenna Smith, who is coordinating the event, said the dangers of drinking and driving and drinking and boating can be deadly, especially during the crowded holiday weekend.

“The goal is to promote public safety on the roadway and water to reduce impaired driving/boating as well as any fatal crashes involving impaired drivers,” Smith said.

Brian reminded boaters to look out for other boats, be respectful and give space to other boaters and wear life jackets.

THP Lt. Jon Officer urged drivers to avoid drinking and driving while driving to and from the waterways and while boating.

“We want everyone to be safe,” Officer said.

Besides the enforcement, task force members will distribute pamphlets and other boating safety materials from a tent set up near the Smyrna Police’s Mobile Command Post at the Fate Sanders Boat Ramp at 3157 Weakley Road in Smyrna.