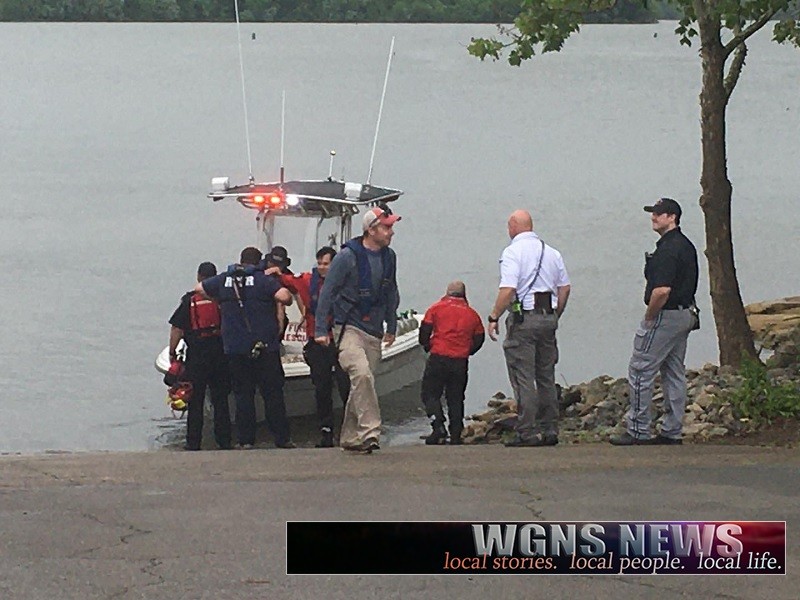 UPDATE: On Sunday, multiple agencies remained at the site of where a small jet plane crashed into Percy Priest lake on Saturday morning.

In addition to authorities being in the water, workers continued to operate drones in hopes of finding any debris that may have drifted away from the actual crash site.

WGNS received word that airspace traffic remains restricted at an altitude of 500-feet over the crash site and within a radius of one nautical mile from where the plane is beleived to have gone down.


The National Transportation Safety Board (NTSB) had their lead investigator on site Sunday and has taken over as the lead investigating agency. They are being assisted by multiple agencies, but second in command appears to be the Federal Aviation Administration (FAA), followed by local officials. NTSB has also enlisted the help of the Cessna aircraft company to help determine what went wrong.

According to NTSB officials, the entire investigation could take one to even two years to complete.

Plans as of now are to resume operations again on Monday morning.

More information will be released as it becomes available.

Seven persons were on board and all family members have been notified. William J. Lara, Gwen S. Lara, Jennifer J. Martin, David L. Martin, Jessica Walters, Jonathan Walters, and Brandon Hannah all of Brentwood. They were all leaders in the Remnant Fellowship Church, 1230 Franklin Road in Brentwood. (see below)

Rutherford County Fire-Rescue Captain and Incident Commander John Ingle said, “The debris field is approximately a half of a mile wide.”

Drone operations continue over the debris field, and airspace traffic has been restricted at the crash site and within a radius of one nautical mile, 500 feet altitude.

The National Transportation Safety Board  is the lead investigating agency with assistance from the Federal Aviation Administration and local officials. NTSB has enlisted the help of other agencies including Cessna aircraft to assist with the investigation. According to NTSB officials, the entire investigation can take up to one to two years to complete.

Retired FAA Inspector Larry Williams is concerned that the crash happened so quickly that the pilot never called for help . . .

Boaters on the lake report that the jet from Smyrna crashed into the water near the Fate Sanders Recreation Area.  Authorities have blocked-off a debris field. The crash area of the lake was described as an "oil slick".

All of the persons on board the Cessna 501 were leaders in the Remnant Fellowship Church. They are William J. Lara, Gwen S. Lara, Jennifer J. Martin, David L. Martin, Jessica Walters, Jonathan Walters, and Brandon Hannah all of Brentwood, Tennessee.

Gwen Shamblin Lara is an American non-fiction author and founder of a Christian diet program and the Remnant Fellowship Church. Her diet combines weight loss with Christianity. She was a registered dietician who worked for five-years with the State Health Department.

Lara earned an undergraduate degree from UT and masters from Memphis State, both in dietic food and nutrition.

CLICK HERE  NewsRadio WGNS spoke with retired FAA Inspector Larry Williams.  There were several things that concerned him about the crash . . . 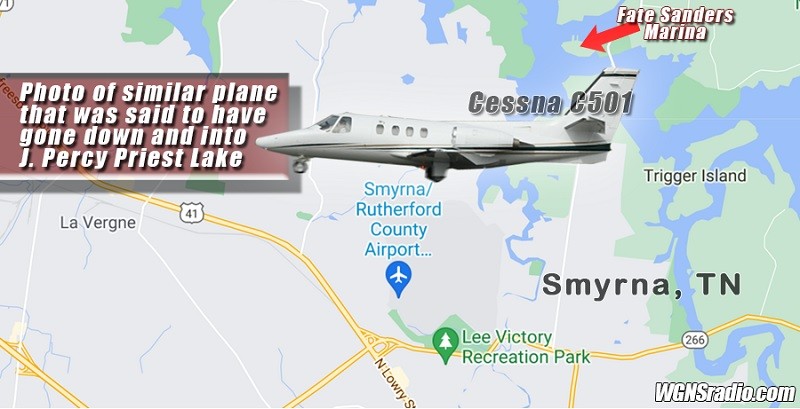 The Federal Aviation Administration and National Transportation Safety Board have both been notified and have representatives en route.

At this time, Rutherford County Fire Rescue and Metro Nashville Office of Emergency Management Dive Teams and others on scene are actively determining the extent of the crash site, examining the debris field, and conducting search and rescue operations.

Boaters on the lake should be advised to stay out of the areas marked with public safety boats. Assistance is not needed from civilian boaters.

WGNS was told that as of 1:55 PM, no private aircraft allowed in the incident area and within one nautical mile’s radius.

PREVIOUS REPORT: The FAA confirmed a plane crashed in the Smyrna area on Saturday.

The Rutherford County Sheriff’s Office and the TWRA are investigating and water rescue divers were reportedly dispatched to the scene after first responders arrived at the site of where the private jet was believed to have gone down.

The FAA and the NTSB will investigate what led the pilot to crash into the lake shortly after take-off.