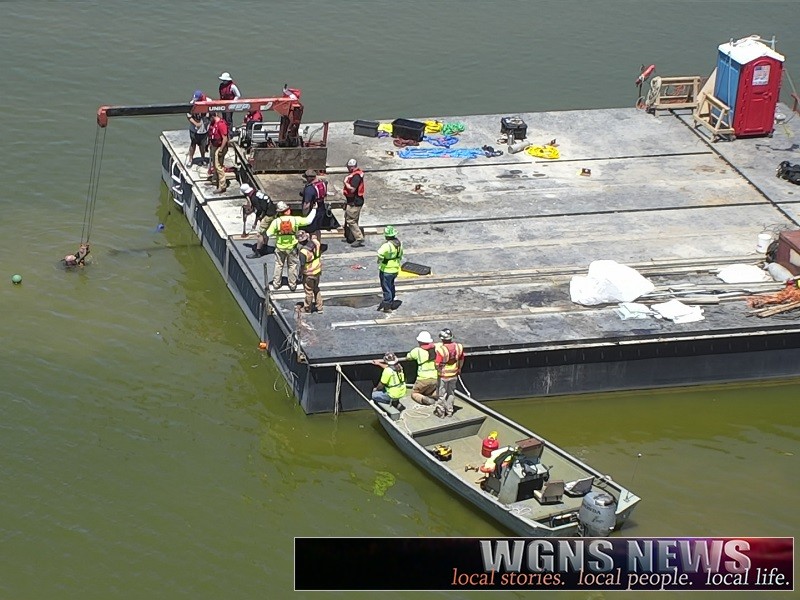 (SMYRNA, TN) Here's an update on the tragic crash Saturday morning (5/29/2021) when a Cessna C105 small jet took off from the Smyrna airport, and quickly was in adjacent Percy Priest lake. On Monday (5/31/2021) the National Transportation Safety Board brought-in a crane and barge that were used to pull a significant portion of the fuselage, parts of both engines and a numerous body parts that were all mired in the deep mud at the bottom of the lake.

The Rutherford County Medical Examiner’s Office, working in partnership with Middle Tennessee Regional Forensic Center, received assistance from the victims’ families to identify those remains. Through forensics science, they are confident that there are seven individuals: four males and three females.

ADVERTISEMENT
All indications were that William J. Lara, Gwen S. Lara, Jennifer J. Martin, David L. Martin, Jessica Walters, Jonathan Walters, and Brandon Hannah all of Brentwood were on board the flight that left the Smyrna airport just before 11:00 o'clock this past Saturday (5/29/2021) morning heading to Palm Beach International.


Retired FAA investigator Larry Williams told WGNS that the jet climbed to approximately 2,800 feet before it started its descent. He calculated that the Cesna was traveling down at more than 200 miles per hour.

Williams explained, "From that point, it only took approximately 6-seconds for the crash to happen as it was falling at 20,000 feet per minute."

Residents in the area near the crash site say the impact shook their homes. One man told us what he heard...

That was electronic engineer David Wilson who lives near the Fate Sanders Recreation area.

Divers describe the waters as being dark with no sunlight and having densley thick mud.

11-year Rutherford County diver Cody Smith said, "It's so dark that the only way we find things is to feel around in the very soft mud."

Search crews have determined that a mix of weather and boat traffic that was not stopped earlier, caused the debris field to expand more than anticipated.

On scene operations are likely to continue. As a result, the Fate Sanders Recreation Area will remain closed until further notice. However, the Lamar Boat ramp and waterway will reopen Tuesday (6/1/2021).