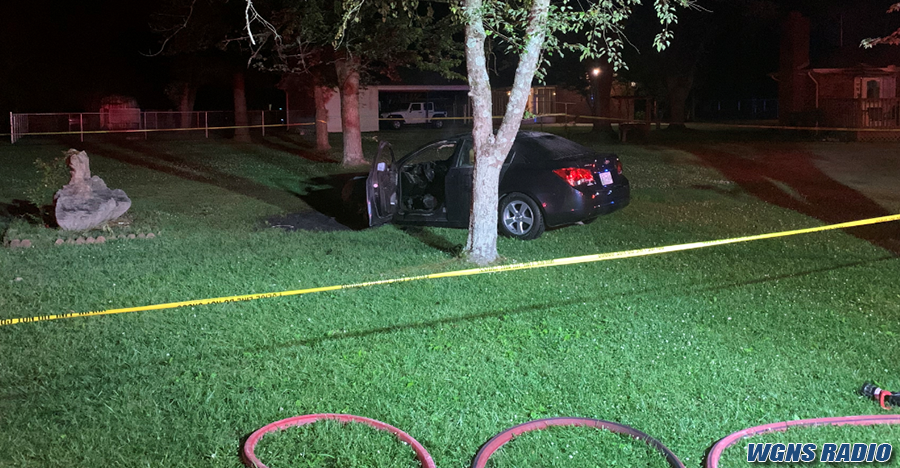 MURFREESBORO, Tenn. – Detectives with the Murfreesboro Police Department Criminal Investigations Division are searching for the suspect(s) who shot a woman, causing her vehicle to wreck and burst into flames on Monday, May 31.  Despite efforts from responding officers trying to save the woman from the burning vehicle, she died.

Officers responded to reports of a vehicle engulfed in flames in the back yard of a home in the 1600 block of Leaf Ave. around 11 p.m.  Two MPD officers used fire extinguishers to try and put out the fire, but it spread quickly.  The flames were too intense, and the officers were not able to get the woman out.

Once the victim was removed from the driver’s seat, it was discovered she had been shot multiple times.  The victim sustained burns over her entire body.  She was pronounced dead at Saint Thomas Rutherford Hospital.

Police are still trying to identify the woman.

The medical examiner’s office will perform an autopsy to determine how she died.

There were two passengers in the vehicle but ran from the scene to escape continued gunfire.

MFRD Fire Marshal’s Office will be investigating the car fire.