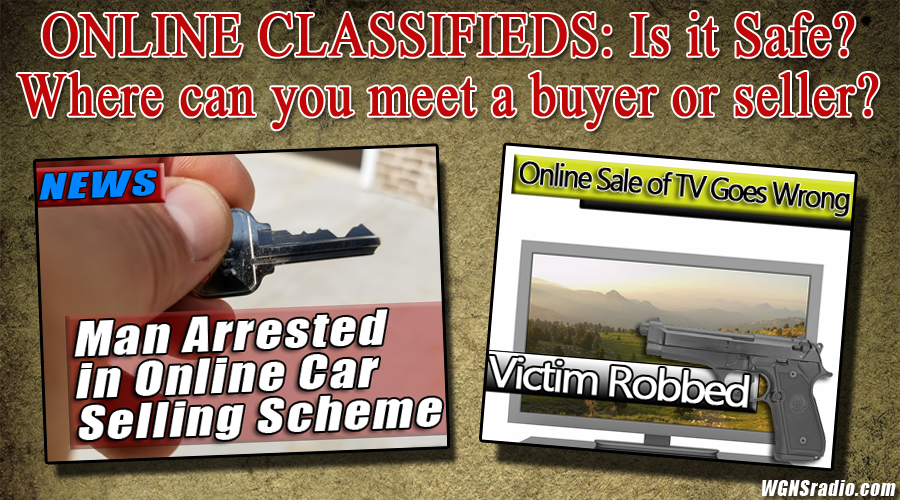 Selling used goods online has grown in popularity by leaps and bounds over the years. The different ways to pay for things online has also increased.

As an example PayPal, an application used to pay for purchases online, had 84-million users in year 2010. By the first quarter of 2021, there were 392-million PayPal accounts in existence, according to Statista.

Apps to sell things online have also increased greatly. While CraigsList was once the number one site to sell everything from household nick-nacks to used cars and even homes online, today there are thousands of sites and apps for individuals to sell or trade personal goods.

However, there are also dangers involved in selling online when it comes to meeting people locally to make a cash transaction as opposed to mailing goods to buyers elsewhere.

In 2016, a man selling his cellphone online was robbed at gunpoint when he met the buyer in the parking lot of a Nashville Home Depot store. The 21-year-old suspect was arrested shortly after robbing the victim of $80.

Two people were arrested when they stole $1,600 from a Clarksville, Tennessee woman who was paying cash for a car she found “For Sale” online.

In 2017, a couple in the Knoxville area were arrested when they reportedly tried to sell their 5-month-old baby on CraigsList for $3,000.

In LaVergne, Tennessee in 2018, a 17-year-old boy was shot and killed in front of his siblings while meeting two subjects to buy a cellphone he found online.

The list of crime tied to online sales transactions goes on and on.

In Rutherford County, the Murfreesboro Police Department has set up a safe site for online sellers and buyers to meet and carry-on CraigsList or social media sales transactions...

The front parking lot of the Murfreesboro Police Department has a designated area to do sales transactions with individuals and the area is secured with surveillance cameras that are being monitored 24-7.

The parking lot is also used for child custody exchanges.