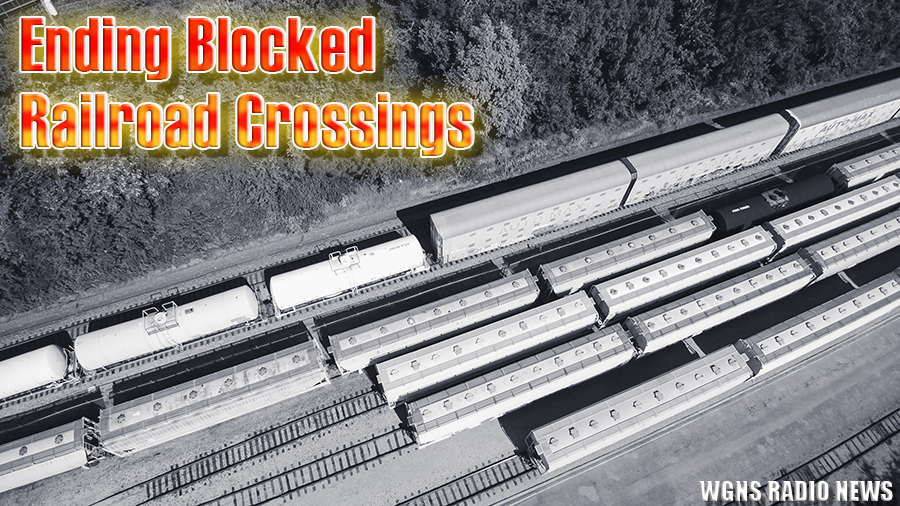 Friday (6/4/2021), Rep. Jim Cooper (TN-05, D) announced his legislative strategy for solving the problem of trains parking on railroad crossings on busy commuter roads. Cooper said that he and his office have received countless complaints from Tennesseans who report that local trains are parking for much longer periods of time than ever before on busy roads, preventing car and truck traffic from getting to and from work, dealing with emergencies, or shopping for groceries.

Cooper's officer sent media an email saying, "In the past, blocked rail crossings had been an occasional inconvenience but now, under new policies of railroad companies, railroads have decided that their needs outweigh any other public interest."

The Congressman said the first step was the introduction of the Don’t Block Our Communities (D-BLOC) Act, which he introduced with Rep. Grace Napolitano (CA-32).

The D-BLOC Act establishes a 10-minute limit for blocking a crossing by a stopped freight train, creates a national blocked crossing database, and requires railroad companies to establish a public point of contact for all blocked crossing matters. The bill also gives the U.S. Secretary of Transportation the power to fine railroads not in compliance.

Cooper claims the second step was getting his bill attached to the giant “INVEST in America Act,” led by Transportation Committee Chair Peter DeFazio (OR-04) and Subcommittee Chair Donald Payne (NJ-10).

"By attaching our bill to protect driver's rights vs. railroads to this must-pass bill, we improve our chances of beating the railroads whose lobbyists have railroaded Congress for almost 150 years," Rep. Jim Cooper said.

Last Congress, Cooper requested and obtained a study on freight-train length from the Government Accountability Office that criticized the freight-rail industry’s lack of transparency on crossing issues. The Subcommittee on Railroads, Pipelines, and Hazardous Materials also held a hearing on the damage that blocked crossings have on communities. Cooper highlighted the Nashville area rail problems in that hearing.

“Middle Tennesseans know all about the inconveniences and safety concerns of rail crossings that are blocked for unreasonably long times, sometimes even hours. It’s frustrating and dangerous,” Rep. Jim Cooper said. “Freight railroads have had ample time to respect drivers; now it’s up to Congress to step in and fix the problem.”

“I want to thank Peter DeFazio and Donald Payne for including my proposal in this new bill, as well as former Chairman Dan Lipinski for working with me on this solution,” Cooper continued. “Nashville and Middle Tennessee should not suffer because railroads think they own the world. Trains, cars and trucks need to respect each other.”
Tags: news rail railroad Tennessee TN train train tracks
Sections: News