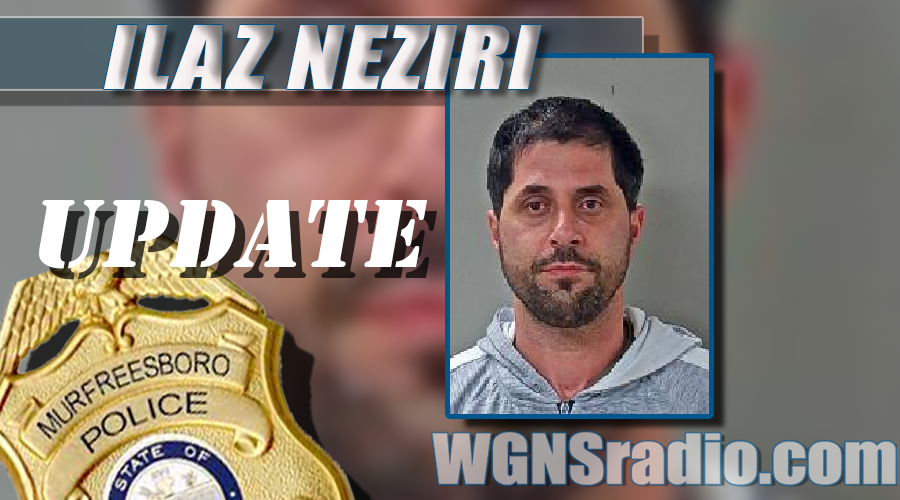 39-Year old Smyrna, TN resident Ilaz Neziri is scheduled to be in court next month to face two counts of rape and one count of aggravated rape.

Neziri was arrested under a sealed indictment stemming from a case investigated by the Murfreesboro Police Department Special Victims Unit.

ADVERTISEMENT
According to arrest reports filed by now retired detective Tommy Roberts, Neziri is accused of raping a 22-year-old woman in a home near Florence Road.

In May of 2020, Murfreesboro Police were called to a residence where a party was reportedly taking place. Officers spoke with several party-goers and a report showed that two females at the home told them that they believed their 22-year old friend was raped by Neziri during the party.

The MPD Special Victims Unit took over the case and later presented their findings to a Rutherford County Grand Jury, eventually leading to the indictment of Neziri.

Last October, Neziri was arrested on the rape charges and booked into the Rutherford County Adult Detention Center. He was later released on a $90,000 bond on October 27, 2020.

A plea hearing was scheduled to take place this past April, but was rescheduled to July 27, 2021.

Next month, Neziri will appear before Chancellor Howard Wilson to face two counts of rape and one count of aggravated rape charges.