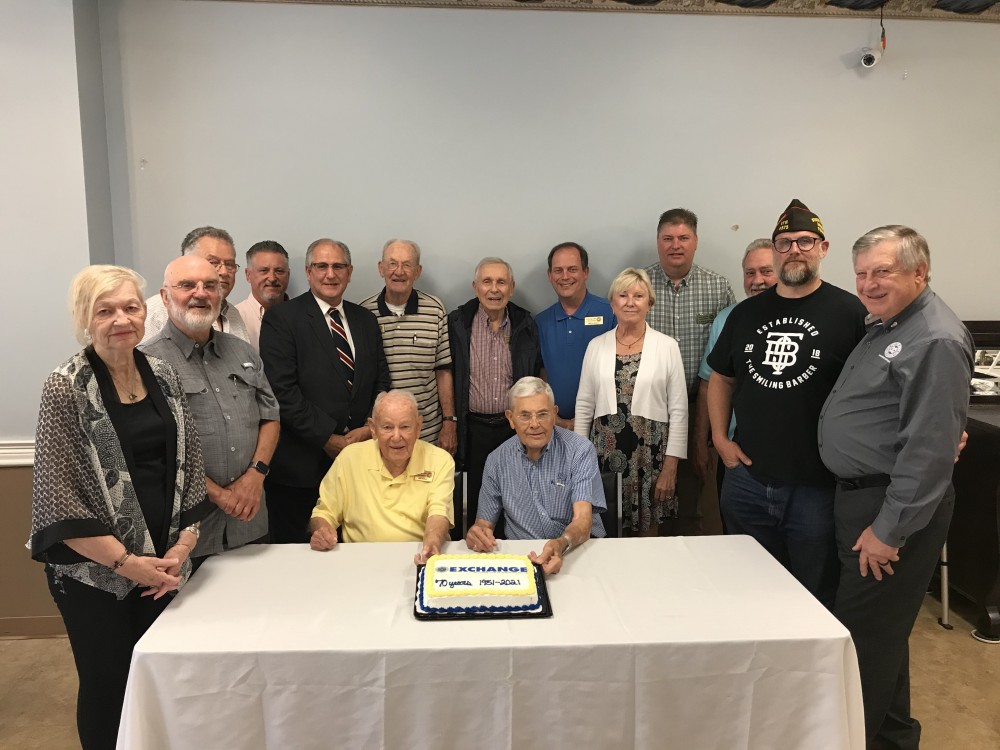 The Exchange Club of Murfreesboro was chartered June 5, 1951. The service club has had the pleasure of being in “Unity for Service” to the community in programs of Americanism, Youth Activity, Community Service and its national project The Prevention of Child Abuse and Neglect.

ADVERTISEMENT
Some of the programs that have come from The Exchange Club of Murfreesboro include:

- “Proudly We Hail” plaques in recognition of an establishment flying the American Flag properly
- “Give-A-Kid-Flag-To-Wave” Small flags handed out at parades and more
- Installing a “Freedom Shrine” (reproduction of 32 historical documents displayed in local schools
- Annual “One Nation Under God” Community Breakfast
- “Service to Seniors” that include Bingo games and prizes at various facilities for senior Citizens
- Law Enforcement Officer of the Year
- Fire Fighter / First Responder of the Year
- Rutherford County EMS of the Year.

The Exchange Club also offers the Youth of the Year scholarship to an outstanding Senior student who writes an essay using the year’s theme selected by The Exchange Club and the A.C.E. – Accepting the Challenge of Excellence scholarship for the Year to Senior student who has demonstrated good conduct and good grades despite undergoing a hardship during their schooling.

With Prevention of Child Abuse and Neglect as its National Project The Exchange Club presents to local health establishments brochures on “Fetal Alcohol Syndrome” and “Do Not Shake a Baby”, as well as financial support to The Family Center on Heritage Park Drive; Kymari House on Spring Street; and other such agencies.

The next major fundraising event by the Exchange Club is the Annual Celebrity Waiters Dinner scheduled for Thursday September 2nd at Stones River Country Club.

The members of The Exchange Club of Murfreesboro say they look forward to continuing service to the community for years to come as they are proud of their past and looking forward to their future.

A key slogan for the club is “Exchange Club – Inspiring Communities to become better places to live.”