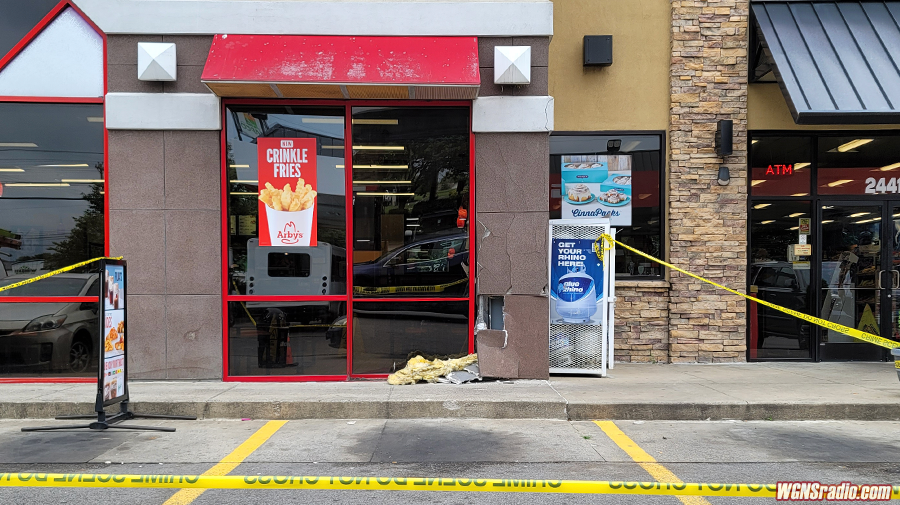 (UPDATED PHOTO ADDED) An incident is under investigation in Murfreesboro that led to police to cordon off a vehicle in the parking lot of the Pilot Gas Station on South Church Street at I-24.

Evidently, a woman ran directly into the front of the gas station to the left of the front door. The accident caused damage to the building, but little damage to her car. Reports indicate no one was seriously injured in the mishap on Thursday morning.

ADVERTISEMENT
Police tape surrounded about a 12-foot by 16-foot area around the vehicle that struck the building as officers wrote their property damage report and worked to figure out what went wrong.

Again, no one was seriously injured anbd at this point, no charges have been filed.