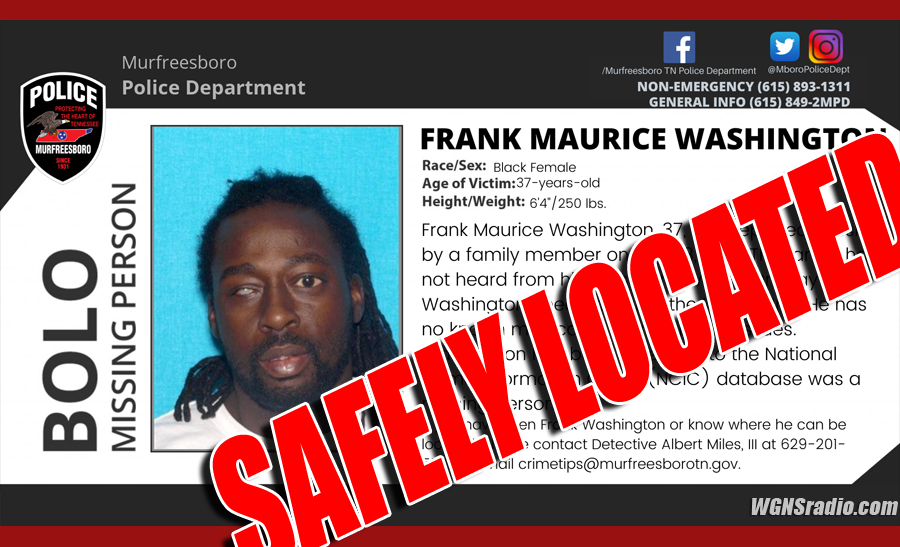 UPDATED: Murfreesboro Police told WGNS that Frank Maurice Washington was reported as missing by a family member on Tuesday, June 8, 2021. The family reportedly told officers that they had not heard from him in several weeks.

What police did know is that on May 30th, Washington checked out of the Knights Inn on South Church Street.

ADVERTISEMENT
With little to go by, Detectives turned to the media for assistance in finding the missing man.

On Thursday morning, WGNS posted information about Washington on our social media pages and on WGNSradio.com. By Thursday afternoon, Mr. Washington was located.

Public Information Officer Larry Flowers said, "Frank Maurice Washington who was reported missing by his family has been safely located."

Washington has since been removed as a “Missing Person” from the National Crime and Information Center (NCIC) database.