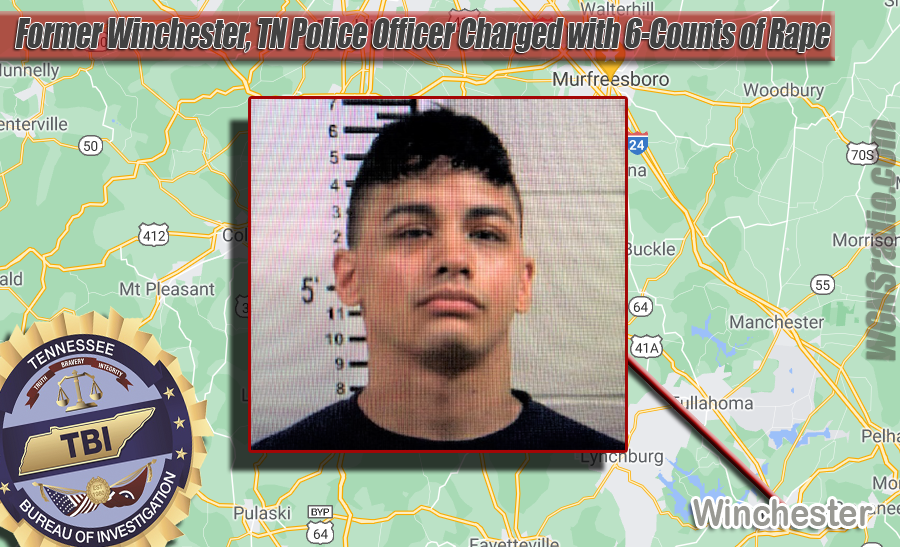 About 50-miles down the road from Murfreesboro in the quiet town of Winchester, Tennessee, a former police officer has been arrested on multiple rape charges.

Delacruz appeared in the Franklin County Circuit Courtroom this past week and was able to negotiate a lower bond. Evidently, the $1 million bond to keep the suspect behind bars was reduced by Judge Thomas Graham to $100,000. After the bond amount was reduced, he was able to meet the requirements to bond out and was released from custody.

Delacruz is set to appear in Circuit Court again at 9 a.m. on July 29th.

Looking back to what landed the former officer on the wrong side of the law… WGNS confirmed that special agents with the Tennessee Bureau of Investigation (TBI) received a request from the 12th District Attorney General J. Michael Taylor in October of 2020 to investigate Delacruz on sexual-assault allegations.

During the course of the investigation, agents developed information that identified Delacruz as the individual allegedly responsible for multiple incidents of sexual assault in March of 2020. He was then released from his employment with the Winchester Police Department.

The findings from the TBI were presented to a Franklin County Grand Jury, which resulted in the long list of indictments against him.

Delacruz was arrested for a third time in early November 2020 in connection with an assault incident, according to Franklin County Jail records.

Again, the former officer will appear in a Franklin County Circuit Courtroom on July 29, 2021.