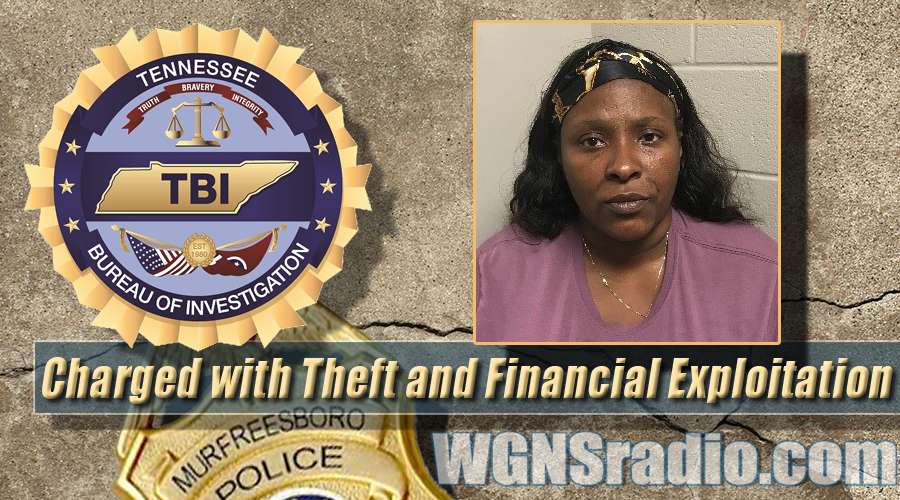 RUTHERFORD COUNTY – A joint investigation by special agents with the Medicaid Fraud Control Division of the Tennessee Bureau of Investigation, and detectives with the Murfreesboro Police Department, has resulted in the arrest of a Nashville woman on multiple charges, including theft and financial exploitation of an elderly person.

In August of 2020, TBI agents received information from Adult Protective Services of an allegation of fraud and theft by a certified nurse aide who worked in a Murfreesboro rehabilitation center. The investigation revealed that on two different days, an elderly resident’s bank card had been used at an adjacent business by someone other than the card owner.

ADVERTISEMENT
During the course of the investigation, agents developed information that identified 39-year-old Candace Booker, as the aide who was assigned to the victim. The TBI told WGNS NEWS in an email on Tuesday that Booker was also identified as the suspect who allegedly made the purchases.

On June 11th, investigators arrested Candace Booker (DOB 08/17/1981) on two counts of Theft, two counts of Fraudulent Use of a Credit or Debit Card, and one count of Financial Exploitation of an Elderly/ Vulnerable Person. Booker was booked into the Rutherford County Jail on an $8,000 bond.