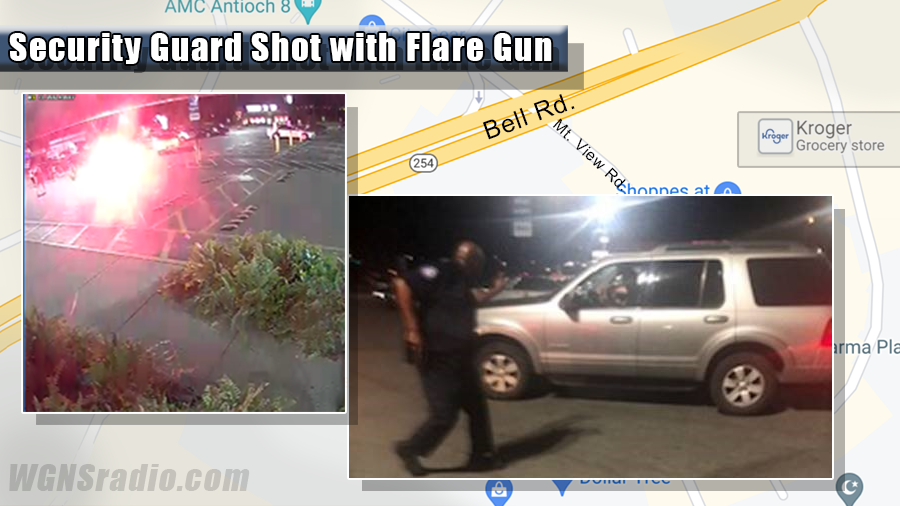 In nearby Antioch and directly off of Bell Road, Metro detectives are working to identify the man who on Tuesday night, shot a Kroger security guard with a flare gun after he attempted to stop a suspected shoplifter.

The victim was working security at Kroger’s 5319 Mt. View Road location when he observed 30-year-old Christopher Walpole leave the store with what appeared to be unpaid items hidden in his pants. The security guard said that he followed Walpole outside only to take a photo of him and bar him from the store, but he resisted and got into the passenger side of a tan Ford Explorer. The guard deployed pepper spray. The driver of the Explorer was backing out to flee when he shot the victim in the chest with the flare gun. The guard, believing he had been struck by a bullet, returned fire, striking Walpole.

Officers were later advised of a shooting victim (Walpole) on Brewer Drive. Walpole, who had sustained a gunshot wound to his back, was seated in the Ford Explorer. During an interview, he admitted that he was at the Kroger and owned a flare gun but said he was not the person who fired it. When asked who did, Walpole said he didn’t know and that the man driving the vehicle (suspected shooter) had told him to wait before contacting police because he had outstanding warrants and needed time to flee.

Walpole was transported to Vanderbilt Medical Center where he is being treated. There are no charges against him at present.

The security guard, who sustained burns, was treated and released.

The driver of the Ford Explorer is a white man who appears to be in his 30s. He wore loose fitting jeans and a black t-shirt. A white female was also inside the SUV.

Anyone with information about the suspect is asked to call Crime Stoppers at 615-742-7463.