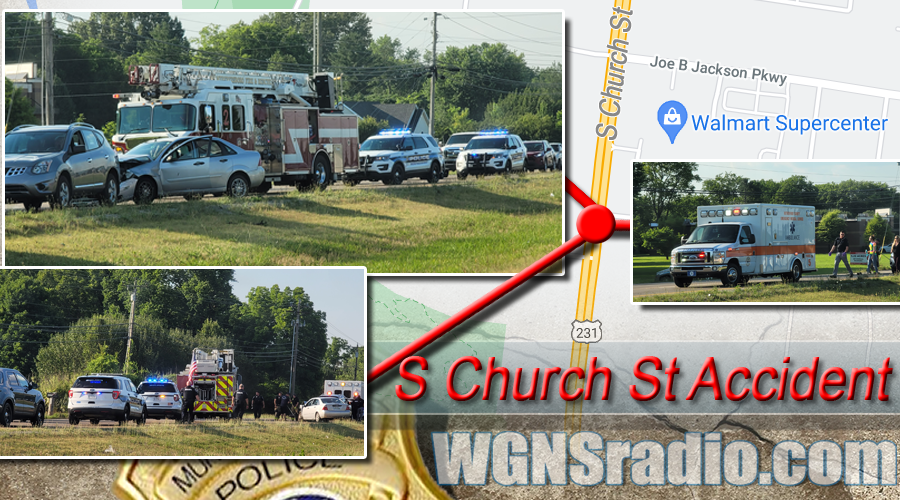 A 3-vehicle accident occurred in Murfreesboro in the Southbound lanes of South Church Street near Joe B. Jackson Parkway at 5:45 Thursday evening.

Several motorists who passed-by the scene of the crash were surprised to learn that no one was injured in the wreck, as it looked much more involved than it actually was.

Murfreesboro Police Department Sgt. Amy Denton told WGNS NEWS, “There was no one transported to the ER by RCEMS (Rutherford County Emergency Management Services) and there were 3 city citations issued.”

Details of what the 3-tickets were written for have not been released at this point because the crash report was not available on Friday morning. Sgt. Denton said about the citations, “Those could be for anything from seat belt violations, registration violations to moving violations.”

But the good news… no one was seriously injured in the 3-vehicle accident on Thursday evening in Murfreesboro on South Church Street.