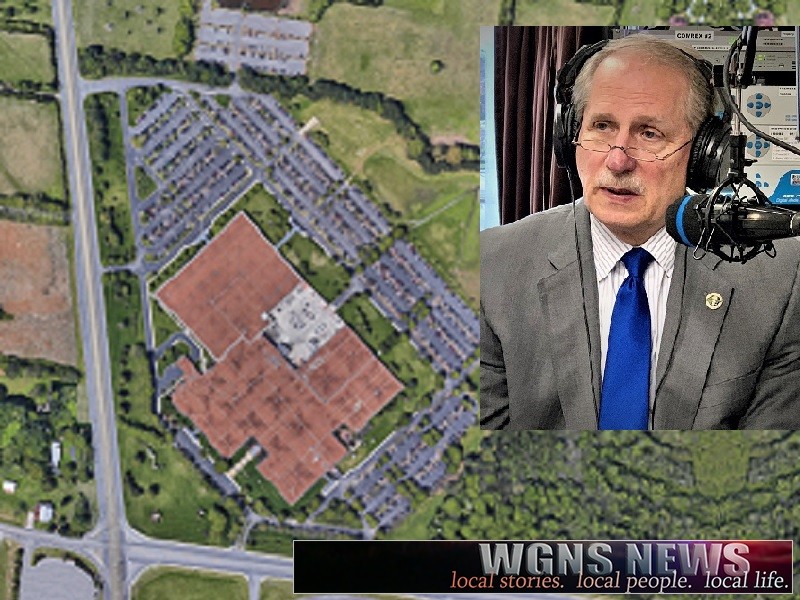 (MURFREESBORO)  The Rutherford County Commission debated late into Thursday evening (6/17/2021) about whether to move forward with the concept of a county forensic facility and emergency operations center at the former State Farm Insurance campus on the corner of Memorial Boulevard and Dejarnette Lane. A 17 to 4 vote to begin negotiations gave approval for County Mayor Bill Ketron to begin the process.

The massive complex has over 403-thousand square feet. The property has slightly over 62-acres of land. Officials note that it is one of the most secure structures in Rutherford County.

As you recall, in an effort to reduce the spread of the coronavirus, State Farm Insurance decided to have its approximate 1,200 employees work from home. That move was made in the fall of 2020. Decisions were made to continue that way.

On earlier WGNS radio broadcasts, as the epidemic spread, Rutherford County Mayor Bill Ketron said this region has a dramatic need for a forensic facility in which autopsies can be performed along with having adequate storage to accommodate the number of corpses associated with this growing population should we ever have a catastrophic emergency.

Mayor Ketron indicated that the service could possibly be tied with Middle Tennessee State University.

With census studies showing that the population is forecast to almost double in the next two-decades, Rutherford County's population could reach 650,000 by 2041.

In an earlier WGNS' broadcast Ketron said, "With Rutherford County's population estimated to now being approximately 350,000 persons, there are less than 10 morgue drawers in the entire county. Neighboring Davidson County has approximately 50 drawers, but they have to serve all mid-state counties."

If the purchase of the former State Farm Regional Office can be worked out, the massive complex would become the Rutherford County Public Safety Center. It would include sheriff's administration, emergency operations, and the forensic science facility talked about earlier.

After much debate by the county commission, they hope to use federal recovery grant money. This would avoid the use of local tax dollars.

The Rutherford County Commission also voted 20 to 1 to build six County Public Health and Safety Buildings in Rockvale, Christiana, Kittrell, Lascassas, Walter Hill, and Almaville. Each building will contain space for ambulance, fire and sheriff. In addition, those new structures would have a tornado shelter and community pantry. It would take approximately 18-months to construct them and they would be located on county property. Officials also plan to use Recovery grant funds to build these emergency facilities.

Initial work is underway on these plans, and County Mayor Ketron will be on WGNS on Wednesday, June 30, 2021 to update this situation.