Subject Allegedly Broke Into a Car, Stole a Wallet and Attempted to Go Shopping 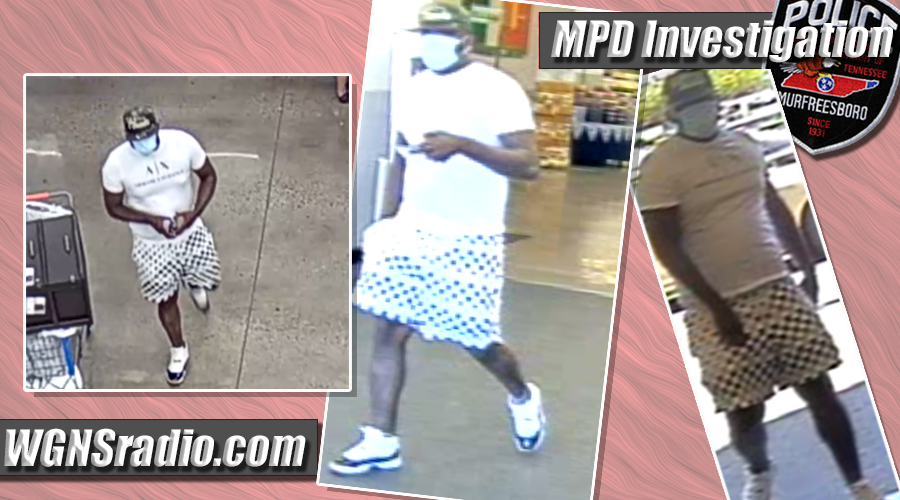 Murfreesboro Detectives are trying to identify and find an individual accused of breaking into a car parked outside the Adams Tennis Complex in Old Fort Park. The break-in occurred on June 15, 2021.

After the unknown male broke into the car and stole a wallet, he reportedly headed to Walmart on Old Fort Parkway. There, he is accused of using credit cards found in the wallet to spend over $800. Evidently, he attempted to use a Walmart card and a bank card, but the purchase was declined.

Police told WGNS NEWS that the individual was seen driving a newer model Ford F-150 that was black in color and had chrome wheels.

If you know this man, please contact Detective Ray Daniel at 629-201-5512 or email tips to crimetips@murfreesborotn.gov.