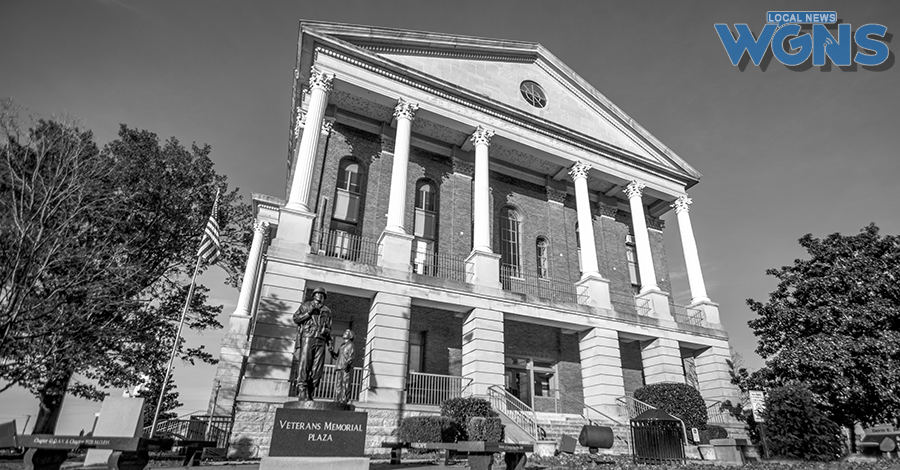 Above photo by Scott Walker: The 5th Bedford County Courthouse in Shelbyville, TN. Read about its past history of destruction below.

The competitive grants are awarded annually for projects that support the preservation of historic and archaeological resources.

In Murfreesboro, MTSU will receive a “Multi-County Grant” for two projects, the first being under their Department of Sociology and Anthropology. The local university will receive $3,541 to fund posters for Tennessee Archaeology Week.

MTSU also got approval on a $50,000 grant that will fund digitizing data for historic / architectural survey files and for survey data entry for computerization of survey files. The project will be under MTSU's Fullerton Laboratory for Spatial Technology.

More Grants and the Story of the 5 Courthouses in Shelbyville

Courthouse number two didn't last long, due to a tornado destroying it just 9-years later in 1830.

The third courthouse in Shelbyville was built in 1830, but destroyed by a fire in 1863.

Ten years passed before a fourth Bedford County Courthouse was built in 1873. But believe it or not, the fourth courthouse had the same fate as its predecessor and was also destroyed by fire 61-years later in 1934. However, the fire was much more sinister in the 30's as it was started by a lynch mob.

Officials oversaw construction of courthouse number five between 1934 and 1934. Some is 87-years later, it is still standing today. Soon, visitors will be able to see more clearly out its windows, as the recently approved grant will cover the costs later this year (2021).

More on the Grants and the Federal Historic Preservation Fund

Throughout the state, other projects under the recently announced grants approved by the Tennessee Historical Commission will get underway.

This year’s selection of grant approvals included an archaeological survey, design guidelines for historic districts, surveys of historic resources, rehabilitation of historic buildings, and a poster highlighting the state’s archaeology. One of the grant priorities is for projects that are in Certified Local Governments (CLG), a program that allows communities to participate closely in the federal program of historic preservation. Eight CLG communities were awarded 12 grants this year. Additional priorities include those that meet the goals and objectives of the office’s plan for historic preservation. Properties that use the restoration grants must be listed in the National Register.

The next round of grants is expected to be opened in December 2021, with applications due in January 2022.
Tags: Bedford County courthouse funding funds grant historical history MTSU news Shelbyville Tennessee TN
Sections: News