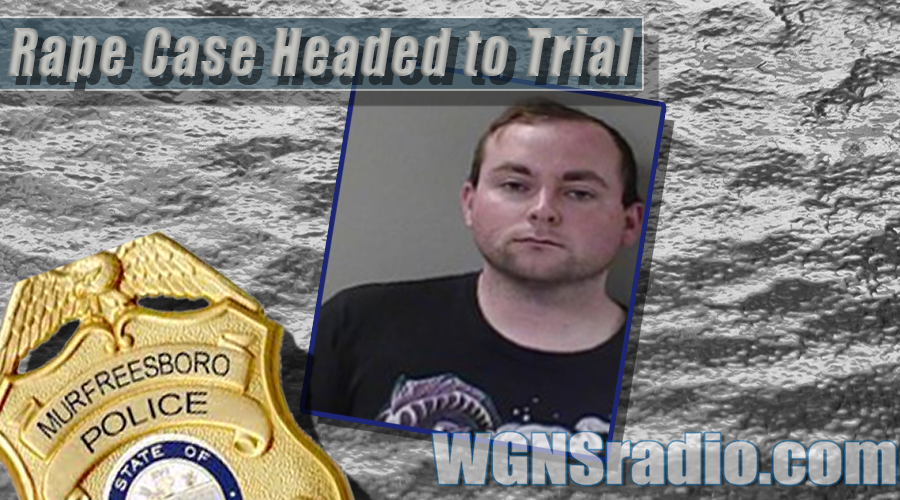 Above: Mugshot from the RCSO of Austin Poteete

A 29-year-old man arrested 3-years ago in Murfreesboro for allegedly raping another man at a party will head to trial next month on July 13th.

Investigative work by now retired MPD Detective Tommy Roberts showed that the victim had blacked out while drinking and smoking marijuana at a local party in 2019. When the victim awoke the following morning, he told police that he noticed some type of lubrication in the area of his groin.

After police investigated the case, evidence was sent to the TBI to be further examined for DNA evidence. Two months later, the evidence was presented to a May 2019 Grand Jury. The end result led to Poteete being indicted on 4-counts of rape and 2-counts of sexual battery.

The case will now head to Judge James Turner for trial on July 13, 2021. The suspect is being represented by attorney Ben Wetsell.

Since Poteete's initial arrest, the case has been rescheduled 9-times and continued 6-times.

DISCLAIMER: All suspects are presumed innocent until proven guilty in a court of law. The arrest records or information about an arrest that are published or reported on NewsRadio WGNS and www.WGNSradio.com are not an indication of guilt or evidence that an actual crime has been committed.
Tags: arrested Austin Poteete investigation man MPD Murfreesboro police rape sexual battery SVU Tommy Roberts
Sections: News