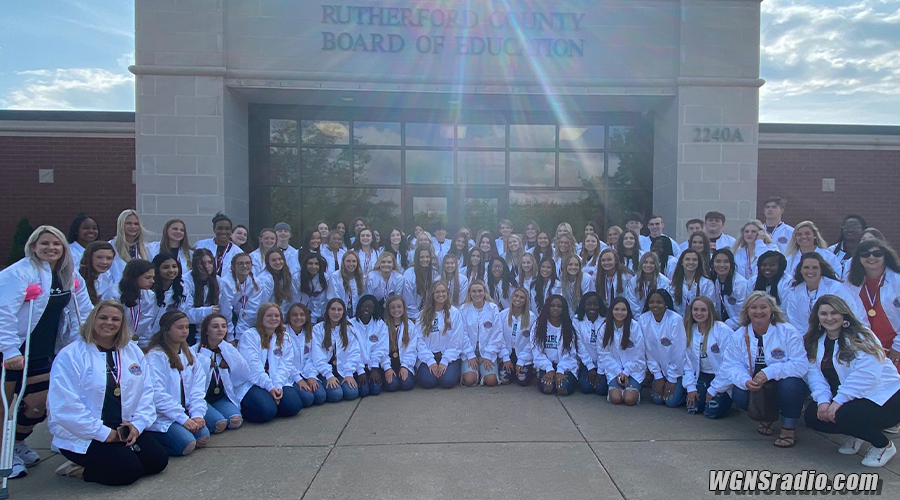 Winners of The Masters don green jackets. Inductees into the Pro Football Hall of Fame are fitted with gold jackets.

ADVERTISEMENT
Team members and coaches representing all five teams were recognized at a June meeting of the Rutherford County School Board.

“I’m really very thankful tonight that you let us come out here and celebrate what was most definitely the most difficult year ever in sports and school and everything,” said Courtney Gregory, who has been the head cheerleading coach at Blackman for the past 18 years.

It was Blackman’s eighth national championship.

“Whether you believe cheerleading is a sport of not, it is an athletic activity, and this is a huge testament to the quality of kids and athletes we have in this county.”

Gregory said she is proud of all the cheer teams from throughout Rutherford County.

For Siegel, it was their first time competing in the small varsity division and their first national title in school history.

“(We were) very blessed to have a season,” said Siegel head coach Jessica Foxx, because of the pandemic and given the issues and challenges faced by other athletic teams and clubs.

Equally impressive is the fact Stewarts Creek captured not one, but two national titles in the same year.