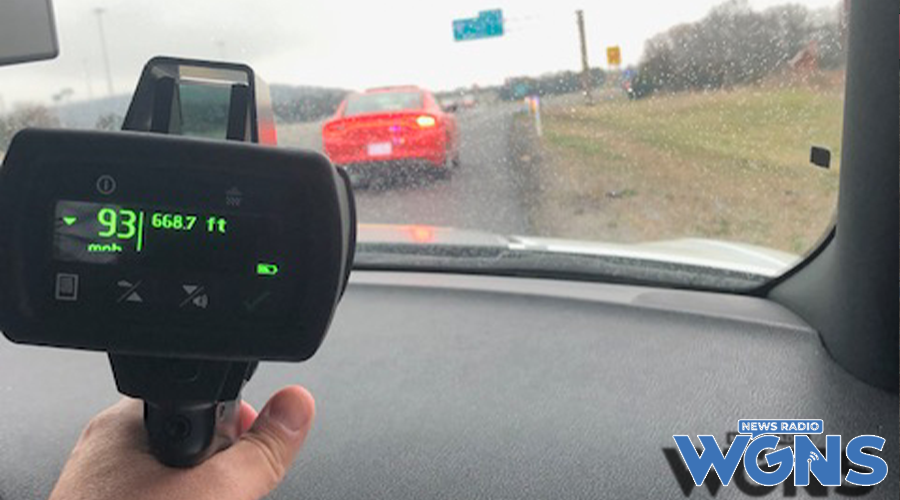 Sgt. Michael Rodgers clocked a driver at 93 mph on Interstate 24.

Rutherford County Sheriff’s deputies hope increased enforcement on Interstate 24 will reduce the number of road rage situations and save lives this year, a sheriff’s sergeant said.

“We are stepping up our presence on problem areas of the interstate,” Rodgers said. “We hope being an increased presence in high traffic times will influence people to drive more carefully.”

Rodgers recently encountered two drivers who were drag racing and weaving in and out of traffic on I-24 from the La Vergne area toward Murfreesboro. One driver drove a Subaru WRX and the second driver drove a yellow GTO Pontiac. Radar clocked them at 93 mph.