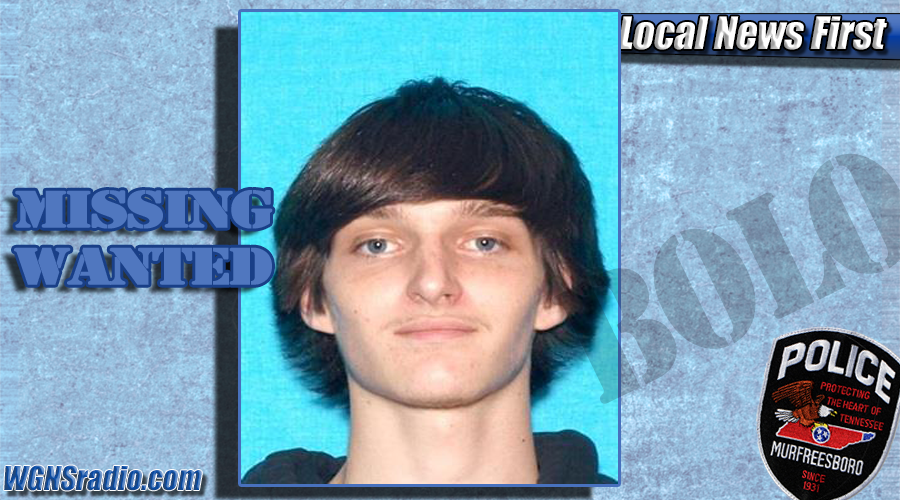 Hitchings was last seen on July 2, 2021 after authorities say he had an altercation with someone and then stole that person’s car. Police spotted the teen driving the car and gave chase, but the pursuit didn’t last long because Hitchings wrecked the vehicle, according to MPD Public Information Officer Larry Flowers.

ADVERTISEMENT
After the crash, Hitchings allegedly tried to carjack another vehicle, but failed. However, he was successful in eluding police who are not the only ones concerned about his safety today.

Hitchings has seven active warrants including felony theft, felony evading, felony reckless endangerment, and carjacking. He has been entered into National Crime and Information Center (NCIC) database as missing.

If you have seen Gavin Hitchings or know where he can be located, please contact MPD Detective Cody Thomas at 629-201-5537 or email your tips to crimetips@murfreesborotn.gov.
Tags: carjacking Gavin Hitchings Hitching missing Murfreesboro news police wanted
Sections: News