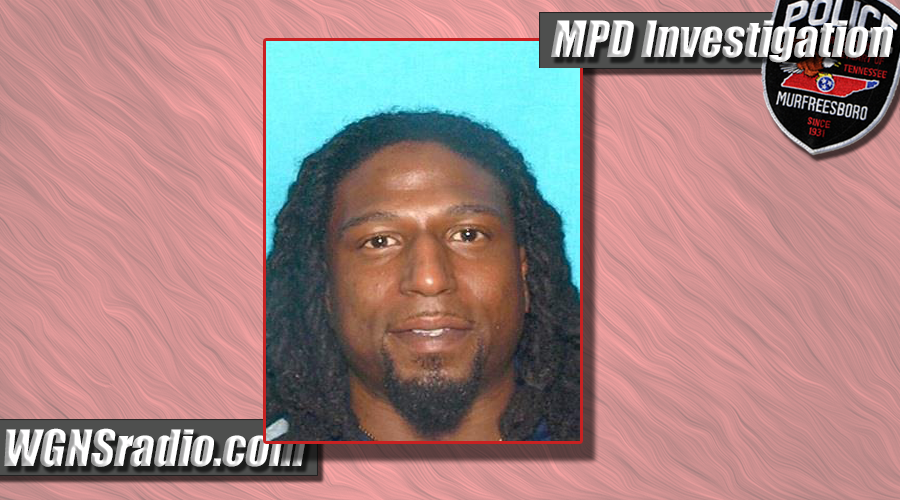 A Memphis, Tennessee man is wanted by the long arm of the law in Murfreesboro.

The Murfreesboro Police Violent Crimes Unit is attempting to locate 27-year-old Justin Lee Bond, who is believed to be the gunman in a shooting that took place at The Pointe at Raiders Campus Apartments on July 5th.

ADVERTISEMENT
A male victim was shot once in the leg at the North Tennessee Blvd. apartment complex. The shooting happened early Monday morning at 12:51 a.m. The shooting victim was treated and released from the hospital, but the alleged shooter identified by police as Justin Bond has yet to be apprehended.

Authorities told WGNS that Bond is considered armed and dangerous.

If you know where Justin Lee Bond is located, you are asked to contact Detective Albert Miles, III at 629-201-5513. You can also email tips to crimetips@murfreesborotn.gov.

DISCLAIMER: All suspects are presumed innocent until proven guilty in a court of law. The arrest records or information about an arrest that are published or reported on NewsRadio WGNS and www.WGNSradio.com are not an indication of guilt or evidence that an actual crime has been committed.
Tags: Justin Bond Memphis MPD Murfreesboro North Tennessee Point at Raiders police shooting Tennessee TN wanted
Sections: News