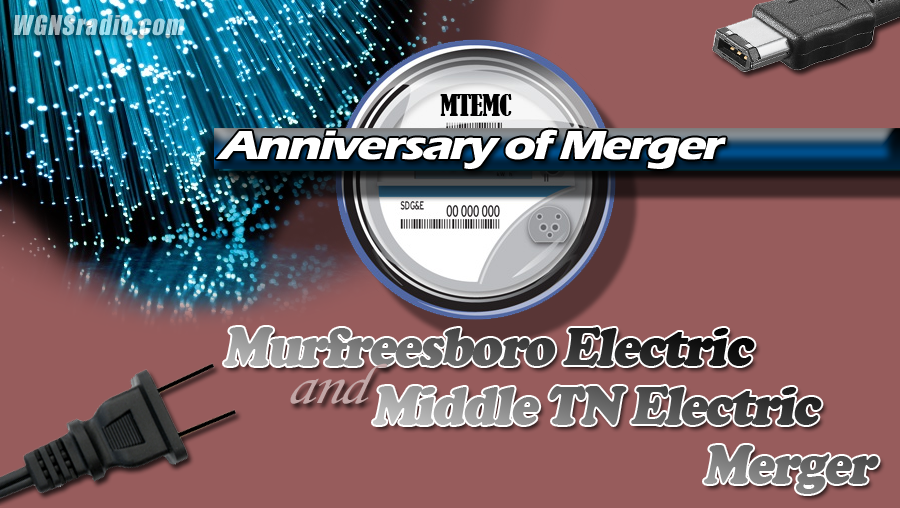 MURFREESBORO, Tenn. — Middle Tennessee Electric celebrated the first year together with Murfreesboro Electric in a report to Mayor McFarland and the City Council. The 7-page report outlines the many benefits and accomplishments realized in the first year after the merger.

In a letter introducing the report, Middle Tennessee Electric President and CEO Chris Jones stated, “I could not be much happier with how things have transitioned and progressed. Even through the challenges of a global pandemic, my teammates have worked so well together to serve our members at the high standards our Board of Directors and I expect. I am extremely proud of them.”

ADVERTISEMENT
“I was comfortable about the merger with Chris Jones leading the helm of two strong electric providers coming together,” said Mayor Shane McFarland. “The first year is fulfilling the vision of how the agreement would benefit the citizens of Murfreesboro.”

The attached report provides a snapshot of the benefits realized by the MED/MTE Merger, including new services to Murfreesboro residents and businesses, initiatives to support a smooth transition, technology improvements, vegetation management improvements, community engagement, innovations, and operations improvements.

On January 9, 2020, the Murfreesboro City Council adopted Resolution 19-R-30 approving the sale of the City’s electric system and operations to Middle Tennessee Electric Membership Corporation (MTEMC). The merger transaction provided the City with approximately $302.35 million over 15 years to help fund infrastructure and other long-term public projects to facilitate economic development with Council approval.

The sale was approved by the MTEMC Board of Directors and TVA and the merger became official July 1, 2020.