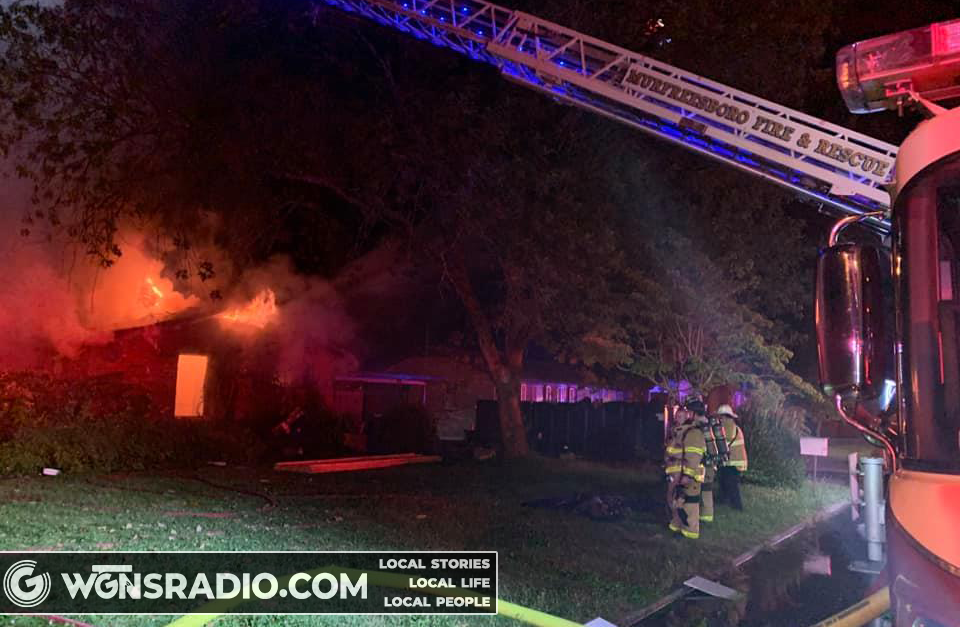 MURFREESBORO, Tenn. – Two fires in Murfreesboro last month may have been set by arsonists, according to fire marshal office investigators.

The fires started days apart, one at 1411 Huntington Drive early Sunday morning, June 20. Murfreesboro Fire Rescue Department (MFRD) firefighters responded to the home to find flames and heavy smoke. Fire crews worked throughout the morning to bring the fire under control. There were no injuries. No one lived in the home, and utilities were all disconnected.
ADVERTISEMENT

MFRD firefighters responded to a fire at the clubhouse at The Pointe at Raiders Campus Apartments, 2315 N. Tennessee Blvd., around 2 a.m. Wednesday, June 16. Fire crews quickly extinguish the fire. No one was injured. The clubhouse was closed and not in use at the time of the fire.

Anyone with information about the two fires can call The Arson Hot Line at 1-800-762-3017. Callers may remain anonymous. A cash reward of up to $5,000 is available for information leading to an arrest or conviction.