Rutherford County, TN Population will likely be the 3rd Largest in Tennessee by year 2050

ABOVE: from Boyd Center Population Projections

Rutherford County continues to grow and experts say that the county will likely be named as the third largest in the state by year 2050. Currently, the title of third largest county is held by Knox County, which is where Knoxville is located.

A population study that was overseen by the Boyd Center for Business and Economic Research at UT released their findings that showed Rutherford County growing to 529,113 residents by year 2045 and then to 568,392 residents by year 2050.
ADVERTISEMENT

The numbers will keep going up, according to the research. By year 2070, the population count for Rutherford County is expected to exceed 730,000 residents. 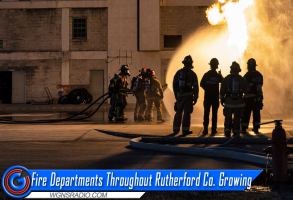