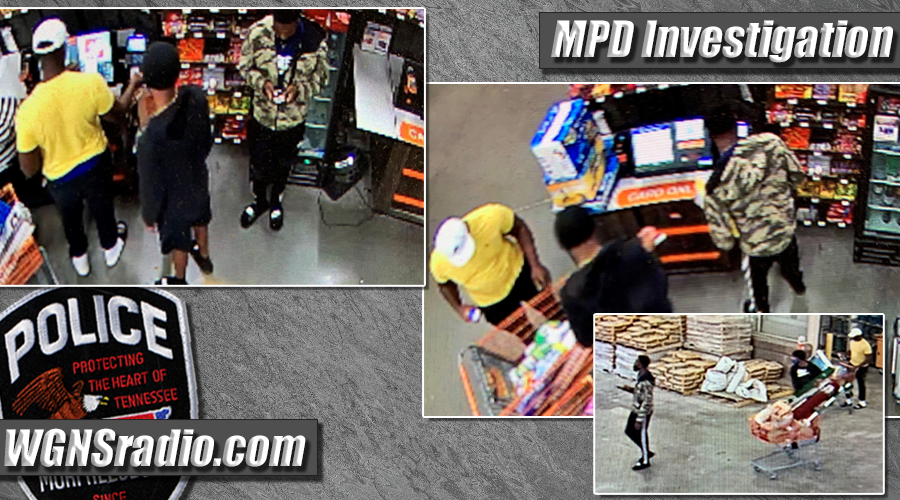 Murfreesboro Police warn of a pick-pocket ring of three, who are believed to have hit an Old Fort Parkway retailer. Now, detectives need help identifying the people involved in the pick-pocketing/fraudulent use of a credit card case.

The victim purchased an air conditioning unit from Lowe’s on July 21st and as he was loading it into his car, someone bumped into him and stole his wallet. The victim would later observed fraudulent purchases on his debit card, credit card, and Home Depot account for more than $500.

Three men were captured on surveillance video using the Home Depot card, but after they left the store, they have not been seen since.

If you can help detectives identify this group of people, please contact Detective David Harrison at 629-201-5506 or email tips to crimetips@murfreesborotn.gov.