Murfreesboro Home Depot Store continues to be Plagued by Shoplifters 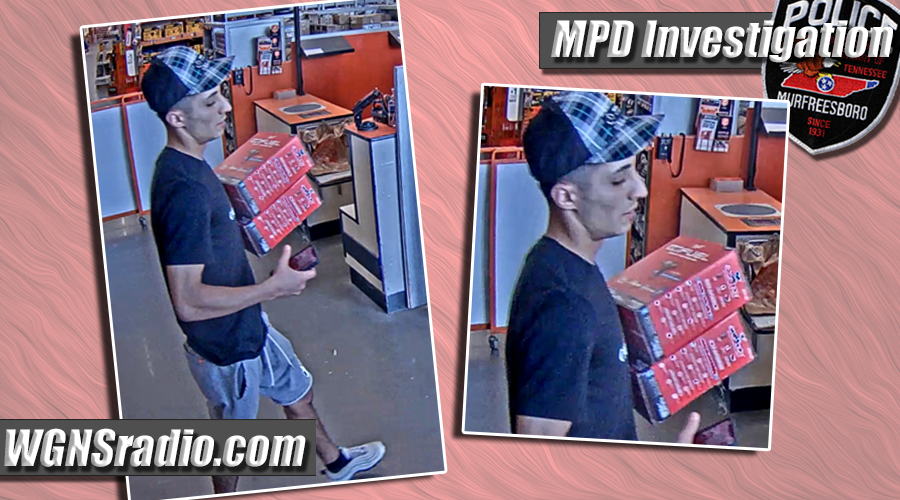 Shoplifting is never a good thing and leads to increased pricing in the retail world along with stores having to increase security measures.

One of the more recent shoplifting cases in Murfreesboro is believed to have involved only a single shoplifter acting alone. MPD Detectives say the subject walked into the on Old Fort Parkway Home Depot store on July 26, 2021 and walked out with new tools.

Police need the publics help in identifying the suspect, who was captured on an in-store surveillance camera.  The unknown man is accused of stealing two impact wrenches from Home Depot, that were valued at $514. The individual left the hardware retailer in a dark-colored Nissan Sentra, unknown year.

Shoplifters targeting hardware stores comes as no surprise to police, because tools are typcally items that are easy to pawn or sell. Murfreesboro Police Lt. Clayton Williams told WGNS NEWS...

If you have any information about who this individual is, please contact MPD Detective Ed Gorham at 629-201-5507 or email your tips to crimetips@murfreesborotn.gov.

Hear soundbytes from news stories and more at WGNSradio.com.
Download the free WGNS App to listen to local news, sports and more today. Find WGNS in Google Play or in the iTunes store.