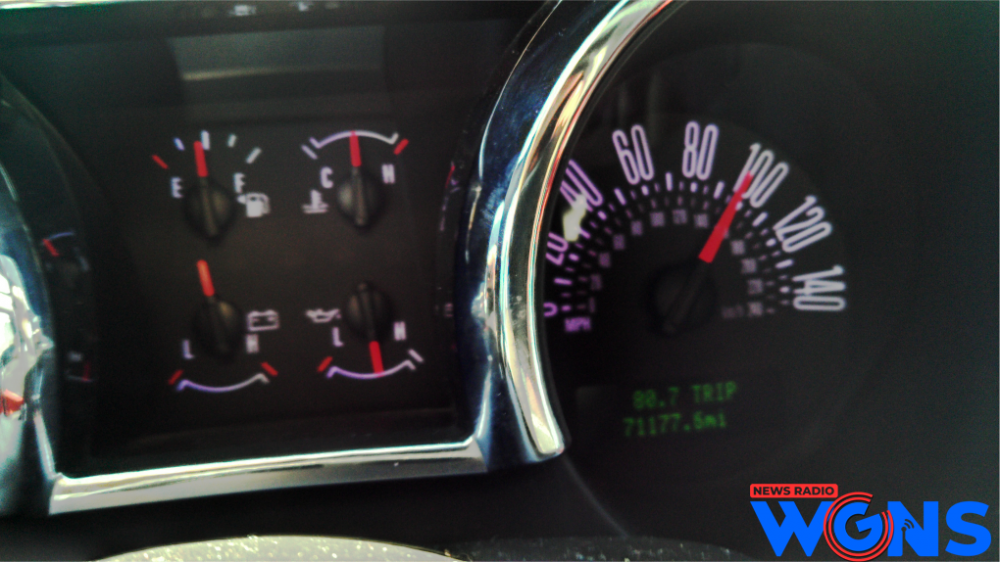 In-dash fuel economy displays estimate the number of miles a vehicle gets per gallon, including how many “miles to empty.” AAA tested the accuracy of these systems and found their estimates vary significantly over shorter trips or are dependent on the consistency of things that affect gas mileage like speed and acceleration. This means drivers could be taking an unnecessary risk if they over rely on these displays. This is especially true for the 74% of drivers who use their “miles-to-empty” display when they are low on gas to decide when to fill up (according to a AAA consumer survey). To avoid running out of gas, AAA recommends drivers watch their gas gauge and fill up when it reaches a quarter of a tank.

“People want to get the most out of a tank of gas, especially when prices are higher,” said Megan McKernan, manager of the Automotive Research Center. “Collectively, the systems we tested were relatively accurate, but a closer examination of different driving scenarios revealed significant variability based on changes in speed, acceleration and distance.”
ADVERTISEMENT

AAA in collaboration with the Automotive Research Center (ARC) of the Automobile Club of Southern California, used a dynamometer, essentially a treadmill for vehicle testing, to run selected vehicles through a series of simulated driving scenarios to determine the accuracy of the fuel economy estimation and range value (aka “miles-to-empty”) systems.

On average, the fuel economy display of the vehicles tested showed a relatively low error of 2.3% as compared to the fuel economy measured by the dynamometer. However, individual vehicle error varied greatly, ranging from −6.4% to 2.8%. The negative number indicates that one test vehicle overestimated fuel economy by 6.4% or 2.2 mpg, while another underestimated it by 2.8% or 0.9 mpg. These specific results suggest that each vehicle reacted to changes in driving differently, and that the accuracy can be impacted by driving style and conditions.

Testing of the "miles-to-empty” display found similar results with accuracy fluctuating across driving scenarios. While each manufacturer likely uses a unique algorithm to estimate vehicle range, it can be assumed that some historical driving data is also used to determine the vehicle’s fuel efficiency for future driving. Therefore, the range estimation, at any given point, is affected by the vehicle’s most recent driving conditions.

“We ran our test vehicles through different driving situations ranging from cruising at highway speeds to being stuck in traffic to typical city driving,” said McKernan. “Despite the irregularities our testing found, a vehicle’s fuel economy display is an important tool to understand how different driving styles impact how efficiently a vehicle uses fuel.”

The information displayed by these systems can give drivers a clearer picture of how their specific driving habits influence their fuel economy. To do this, drivers should reset their vehicle’s trip data after filling up, and then watch how their fuel economy display changes as driving conditions change.

In recent weeks, gas prices have reached their highest point in seven years. To offset some of this additional cost, AAA recommends drivers do the following:

• Plan ahead and run multiple errands in one trip, and whenever possible avoid times of day when traffic is heavier.

• If you own more than one car, use the most fuel-efficient model whenever possible.

• Avoid hard acceleration to maximize fuel economy, and always inflate your tires to the recommended pressure found inside the driver’s side door or owner’s manual.

• Remove unnecessary and bulky items from your car. Minimize your use of roof racks and remove special carriers when not in use. Smaller cars weighed down by heavy cargo will have a greater reduction in fuel economy than larger models designed to carry more weight.

• Consider minimizing your use of air conditioning. Even at highway speeds, open windows have less effect on fuel economy than the engine power required to operate the air conditioning compressor.

• In hot weather, park in the shade or use a windshield sunscreen to lessen heat buildup inside the car. This reduces the need for air conditioning (and thus fuel) to cool down the car.

“To avoid running out of gas, AAA recommends drivers watch their gas gauge and fill up when it reaches a quarter of a tank,” said Megan Cooper, spokeswoman, AAA - The Auto Club Group. “This will ensure drivers have enough fuel in case of unexpected delays but also helps to prevent fuel pump damage that can occur when a vehicle’s gas tank is regularly run down to empty.”