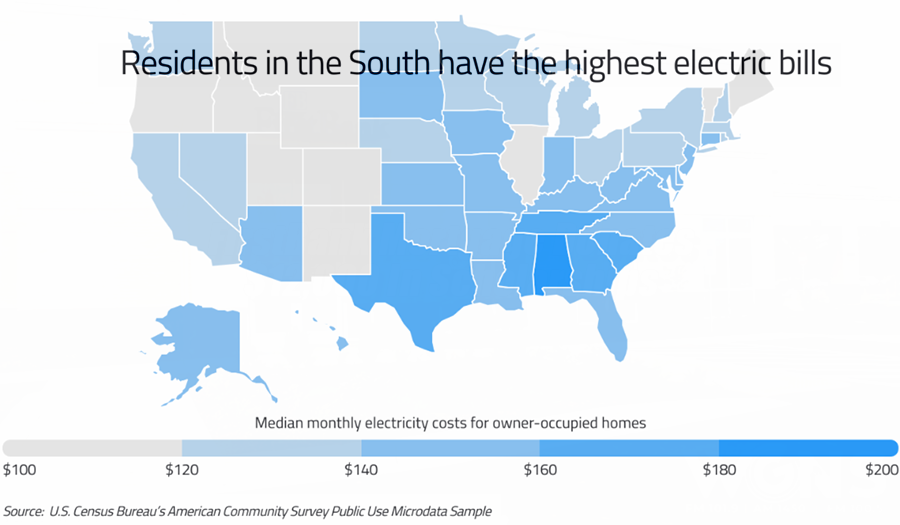 Locally, electricity accounts for about 70% of utility bill costs in Tennessee, while the remaining percentage covers water, gas or other utility related sources. Once the bills are added up, residents in places like Rutherford County and across the Volunteer State are at number 6 on the list for having the 6th highest expense in utilities.

ADVERTISEMENT
When examining the past year, renters and homeowners spent more time in their residences amid pandemic closures and companies shifting to work-from-home models. Homes and apartments that were previously dormant during work hours were suddenly filled with people working and kids attending online school. Amid this new reality, heat waves blanketed the country, causing a spike in energy use as Americans tried to keep their homes cool. Energy bills shot up and, for some, the higher bills were simply too expensive. Lawmakers did their best to curb the crisis by implementing moratoriums on utility shut-offs.

These heat waves weren’t an aberration, according to the Environmental Defense Fund. In fact, the number of deadly heat waves that swept the nation tripled from the 1960s to the 2010s, and they’re expected to continue.

For the average electricity customer, that means that rates are likely to rise as demand rises, and bills are bound to go up. According to the Census Bureau, electricity already accounts for nearly 60% of residential utility bills and more than 12% of total housing costs for owner-occupied households. And if the past two decades are any indication—rates have increased 70%—the future looks to be an expensive one.

While the data is clear that electricity prices are on the rise, some states are feeling the increase far more than others. Hawaiians paid the highest rates at an average of 30.32 cents per kWh in 2020, which is more than 30% higher than Alaskans, whose electricity rates are the second most expensive in the nation. The next three states with the highest rates are in New England—Connecticut, Massachusetts, and Rhode Island. Conversely, Oklahoma, Washington and Louisiana are the only three states in the country with residential electricity rates below 10 cents per kWh.

To determine the states with the largest electric bills, researchers at Commodity.com analyzed Census Bureau data and calculated the median monthly electricity costs for owner-occupied, non-farm households. This data represents what residents pay in total for electricity on a monthly basis—a function of both electricity rates and electricity use. In the event of a tie, the location with the higher median total utility costs—including gas, water, and other fuels—was ranked higher. Researchers also calculated median total housing costs, as well as the proportion of total housing and utility costs that electric bills account for.

The analysis found that at a median $160 per month, electricity costs in Tennessee account for 70.6% of total utility costs and 18.7% of total housing costs. Out of all states, Tennessee has the 6th highest electric bills.

For more information, a detailed methodology, and complete results, you can find the original report on Commodity.com’s website: https://commodity.com/blog/cities-electric-bills/