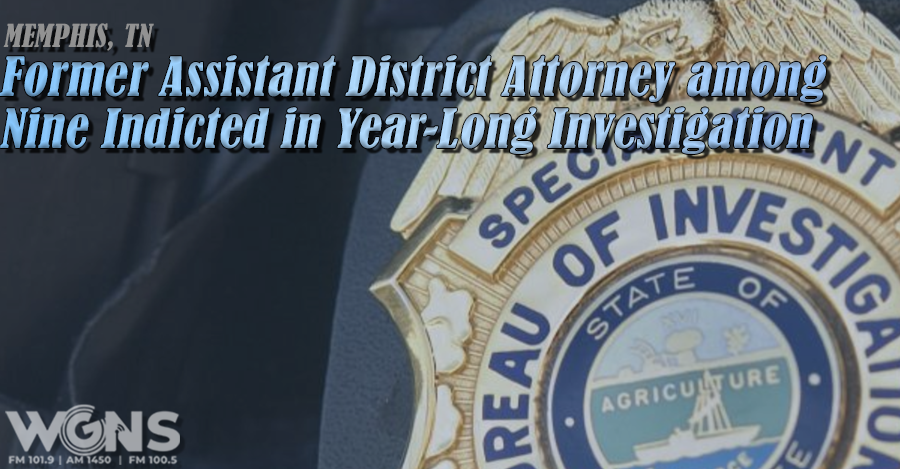 MEMPHIS, TN – An investigation by special agents with the Tennessee Bureau of Investigation has resulted in the indictment and arrest of a former Shelby County Assistant District Attorney General, three former Memphis Police Department employees, a Memphis attorney, and four others on various charges.

Berry, Blair, and Nolan were employees of the Memphis Police Department at the time of their alleged involvement but have all since resigned.

On Friday (8/6/2021), Berry and Dillard were taken into custody.  The remaining individuals, per their attorneys, are scheduled to turn themselves into the Shelby County Jail, with the exception of Harvey, who remains at large.

This remains an active and ongoing investigation.  More indictments are expected.