Man sought after Robbing a Murfreesboro Bank at Gunpoint 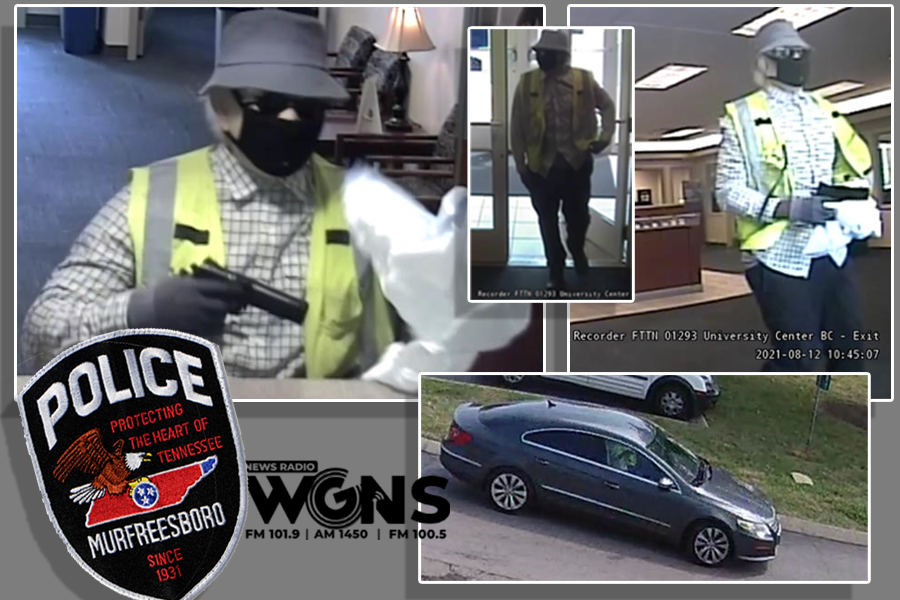 MURFREESBORO, Tenn. – Murfreesboro Police Department detectives are looking for the man who robbed a bank at gunpoint on Thursday, Aug. 12.

A male entered the bank wearing a mask, sunglasses, neon work vest, fisherman-style hat, wig, and gloves.  He displayed a handgun.  The robber opened a trash bag, held it over the counter, and demanding money from the teller.  He got away with an undisclosed amount of money.

The bank robber left the bank in a dark grey Volkswagen 4-door sedan, possibly a Jetta with shiny wheels and tinted windows, according to MPD.

MPD Criminal Investigations Division and the FBI are investigating the robbery.

Anyone with information on the identity of this man should contact Detective Albert Miles, III at 629-201-5513 or email crimetips@murfreesborotn.gov.