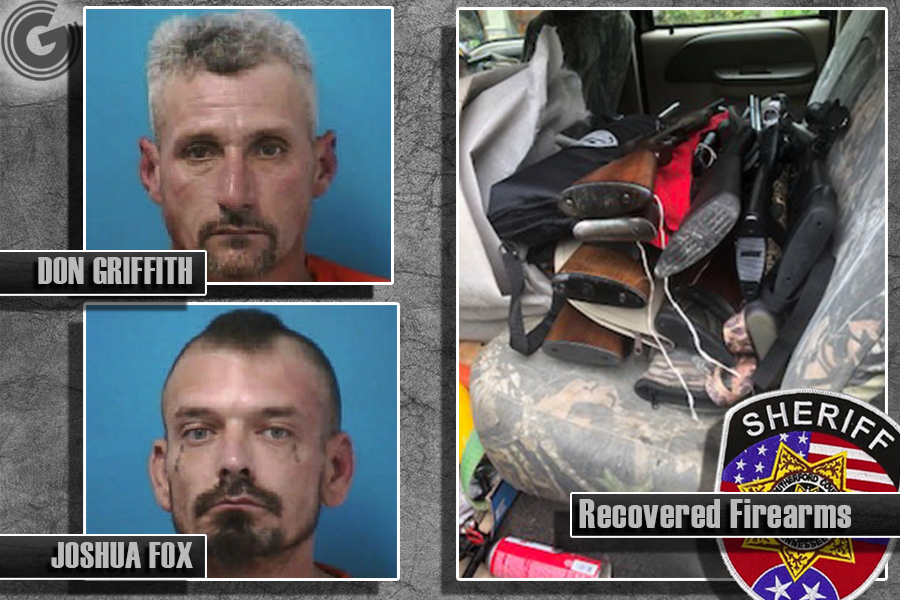 (CHRISTIANA, TN)   As Rutherford and Williamson County Sheriff Deputies were preparing to serve a search warrant, Don E. Griffith, Jr. allegedly rode by his Bell Buckle / home on a what was reported to be a stolen four-wheeler.

According to the Rutherford County Sheriffs Office, the suspect rode by the deputies prompting Detective Christian Wrather to arrest him, about one-half mile from his home on Christiana-Fosterville Road.

Wrather said that 42-year-old Don Griffith of Bell Buckle and suspect Joshua Fox of Sims Road in Christiana were two of three suspects wanted for stealing property during burglaries in Leiper’s Fork in Williamson County and in La Vergne in Rutherford County.

Detectives linked the stolen property to burglaries in Leiper’s Fork and La Vergne and perhaps other Middle Tennessee counties.

As of Sunday (8/15/21) afternoon, both Griffith and Fox remained behind bars in Williamson County.

Griffith and Fox are both convicted felons with various offenses including narcotics and thefts.