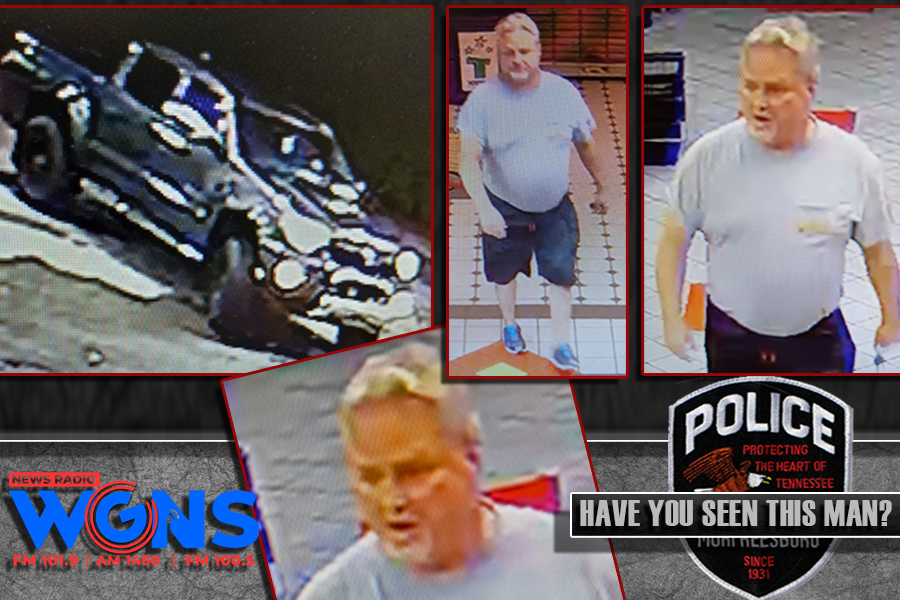 Murfreesboro Detectives are hoping the community can help identify and locate a subject who is wanted for questioning in regards to an assault and vandalism investigation.

ADVERTISEMENT
The unidentified man was captured on surveillance cameras when he entered the Shell Station at the intersection of Old Fort Parkway and Chaffin Place in Murfreesboro (actual address is 2181 Old Fort Pkwy.)

Once inside the gas station, the man allegedly got into an argument with the clerk and threw his drink at her on August 1st. He is also accused of picking up a box of mints and throwing them, shattering a glass picture on the wall.

As for what tripped the mans temper, he reportedly became upset when the clerk asked him to pay at a different register.

After the incident, the subject left the store in a dark-colored Toyota Tacoma pickup truck.

If you can help detectives identify this man, please contact MPD Detective Shan Harris at 629-201-5536 or email tips to crimetips@murfreesborotn.gov.