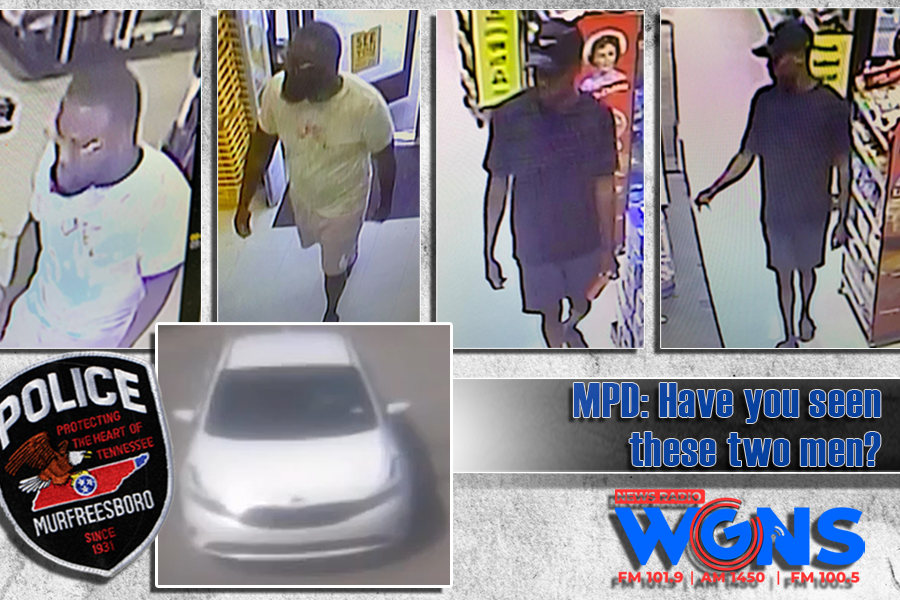 Have you seen these men? That is the question police in Murfreesboro are asking the public.

MPD Detectives are asking for help identifying the two men who are accused of stealing a wallet from a Dollar General Store clerk on Cason Lane. The theft was reported on August 5, 2021.

ADVERTISEMENT
The men entered the store and reportedly asked the clerk if he had any money. The clerk said yes and took out his wallet to show them. The thieves grabbed the wallet and immediately left the store.

The duo left the store in two different vehicles that included a U-Haul pickup truck and a U-Haul van that were parked next door at the Sonic drive-in.

There may have been a third person that was seen driving a white car, unknown make and model.

If you saw anything in the area of Dollar General on Cason Lane in Murfreesboro, TN, or if you can identify the subjects, contact MPD Det. Ed Gorham at 629-201-5507 or email crimetips@murfreesborotn.gov.