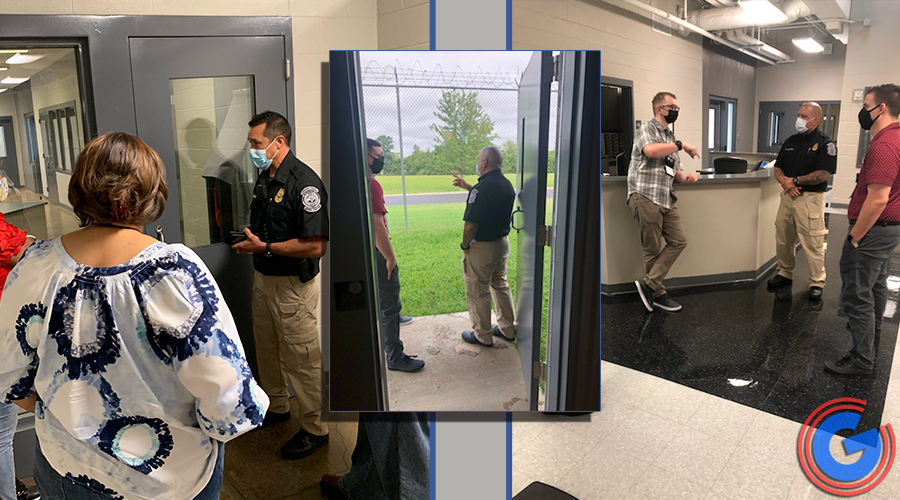 Each year, the ACA holds two major conferences at which they offer a variety of training courses that are very beneficial to all facets of corrections including officers, administrative staff, medical services, food services and in programming with a focus on reducing recidivism and making jails and prisons operate with a focus on rehabilitation. Along with training, members have the opportunity to network with each other and vendors/suppliers of correctional goods and services and are able to tour select facilities in each of the host cities and surrounding areas of the conference.

The ACA conference tours focus on facilities that excel in meeting the ACA’s standards and are considered exceptional in their fields. RCCWC certainly meets those criteria as the center was accredited by the ACA in 2015 and has done exceptional in each audit, including reaching a score of 100% on all mandatory and non-mandatory applicable standards in its last review.

“The RCCWC not only sets out to meet and/or exceed best practices in the field, but also sets out to lead the way in modern correctional practices with programming that is geared towards reducing recidivism by setting inmates up with career paths and certifications prior to being released back into society,” said RCCWC Superintendent William C. Cope.

When asked about being selected as one of facilities chosen by ACA to tour at this year’s conference, Cope stated, “We have reached a new milestone in our professional efforts. I was very honored to accept this request especially since we are one of ONLY four facilities asked to show off our wonderful agency.  Even more special is the fact that we were the ONLY facility being toured outside of Davidson County.”

Participating ACA members received a guided tour through the Rutherford County facility with Lieutenant Jason Peralta and Sergeant Thaddeus Oclaray, and were given a detailed description of operations, with time built in for questions.

TCI Executive Director William Wall had this to say about the Rutherford County Correctional Work Center, “As a member of the ACA host committee and on behalf of all Tennessee Corrections Institute Staff, we are extremely proud of the Rutherford County Correctional Work Center being part of the showcase facilities that achieve excellence within the correctional community.  The dedication your facility and community exhibit towards rehabilitation, education, and reentry is surpassed by no other.  Your agency is on a national and world stage; being recognized as one of the premiere agencies in our country and abroad.”

“We are extremely proud of RCCWC being pinpointed by the ACA as a tour-worthy facility,” commented Mayor Bill Ketron. “It was an esteemed honor to host correctional industry partners from around the world right here in our community.”

Founded in 1870, the America Correctional Association (ACA) is the largest and oldest association of its kind in the world. Their purpose is to set standards for correctional facilities to improve safety, security and the overall functionality of jails and prisons. For more information, please visit aca.org.