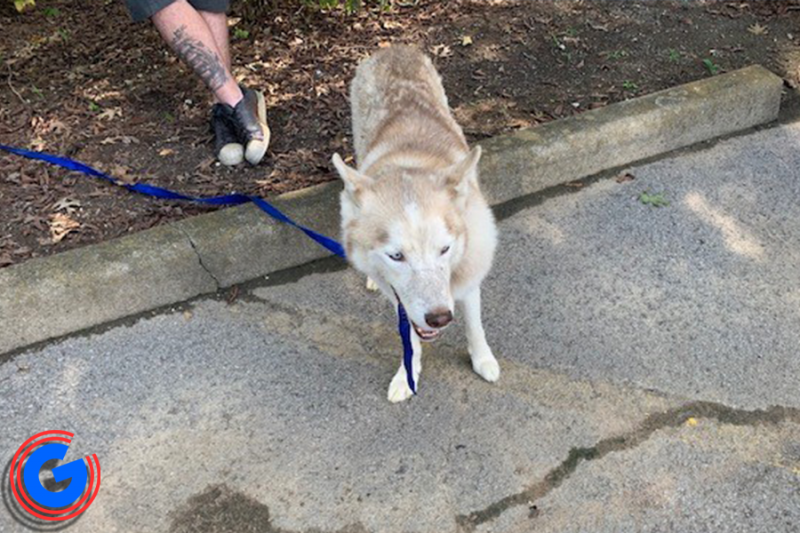 According to Fire-Rescue Captain Adam Rose, two men were tying down their boat, when they heard a dog barking and what they thought was a woman yelling for help. The two ran down to the bank and pulled the dog from the water, but did not see or hear anyone.

ADVERTISEMENT
Sheriff's deputies and fire-rescue personnel searched the banks on foot, ran rescue boats up and down stream, used sonar in the immediate area, and flew the drone over the other boat ramps and nearby trails, but found no overturned boats or kayaks or any other indicators to warrant continuing the search.

“We certainly take any reports of a possible missing person very seriously,” said Captain Rose. “After an extensive search using various resources and techniques, we did not find any evidence that anyone was still in the area.”

Rutherford County Pet Adoption and Welfare Services (PAWS) was called to the scene to attend to the animal. The animal control officer (ACO) used a microchip scanner to determine that the dog, a Husky, was microchipped.

The ACO was then able to input the chip identification number into the system and found a name for the owner. Unfortunately, the information in the system had not been updated, and the initial owner had used a pet rescue to rehome the animal.

The current owner’s name was unavailable, but PAWS was able to get with the previous owner to find out more information.

PAWS spoke to the woman believed to be the current owner, but she notified them that she also sought to rehome the dog, named Kobalt and also known as “Boo Boo”, and he was currently being fostered. She advised that Kobalt’s foster family was a truck driver and his wife, and that the dog often traveled with him.

“We are now operating under the assumption that Kobalt somehow got separated from the truck driver and ended up on the banks of the Stones River,” said PAWS Director Michael Gregory. “Our personnel are attempting to connect all the dots so that he can be reunited with his fosters and ultimately adopted permanently into a caring and loving home.”

Kobalt, approximately seven-years-old, is currently at PAWS and doing well. “He is happy, playful, and healthy,” Gregory stated.

If you have any information leading to the reunification of Kobalt with his foster family, please contact Rutherford County PAWS at (615)-898-7740 or email paws@rutherfordcountytn.gov.

PAWS also wants to remind pet owners or rescues to continually and consistently update data connected to microchips. “When information is not updated in the system, it makes finding the current owner a lot more difficult, and sometimes, impossible,” Gregory mentioned.