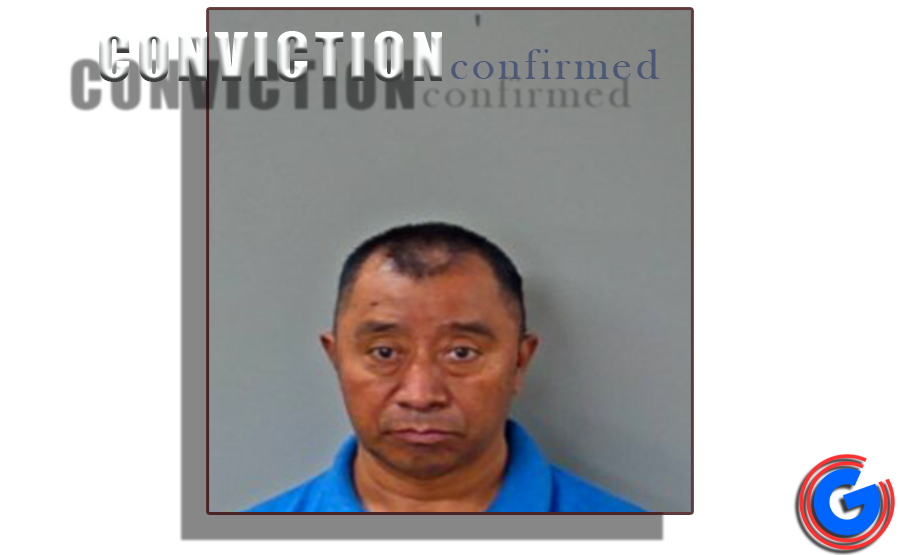 A 62-year-old man arrested in Murfreesboro this past year has been found guilty, but not of the original charges he was taken into custody for.

Reports indicate Felpie Pablo Menchu was taken into custody on January 14th of last year and held behind bars under an Immigration and Customs Enforcement hold. Of course, that was not why he was apprehended.

The man was originally taken into custody because of a Special Victims Unit case involving the alleged rape of a child. That case was investigated by now retired Detective Tommy Roberts with the Murfreesboro Police Department who charged the Menchu with three counts of “Rape of a Child.”

According to original reports, those rape charges were for the rape of a child under the age of 13.

On Thursday (8/26/21), Menchu appeared in a Rutherford County Courtroom where he plead down to two lesser charges of Aggravated Sexual Battery. The third charge of “Rape of a Child” was dropped.

Menchu, formerly of Bartway Drive in Murfreesboro, will spend the next 8-years in a Tennessee Department of Corrections Prison.

More on the original charges under the TCA:

Menchu is currently behind bars at the Rutherford County Adult Detention Center and will be transported to a state prison in the near future.

The end result of the Immigration and Customs Enforcement hold has not been released.