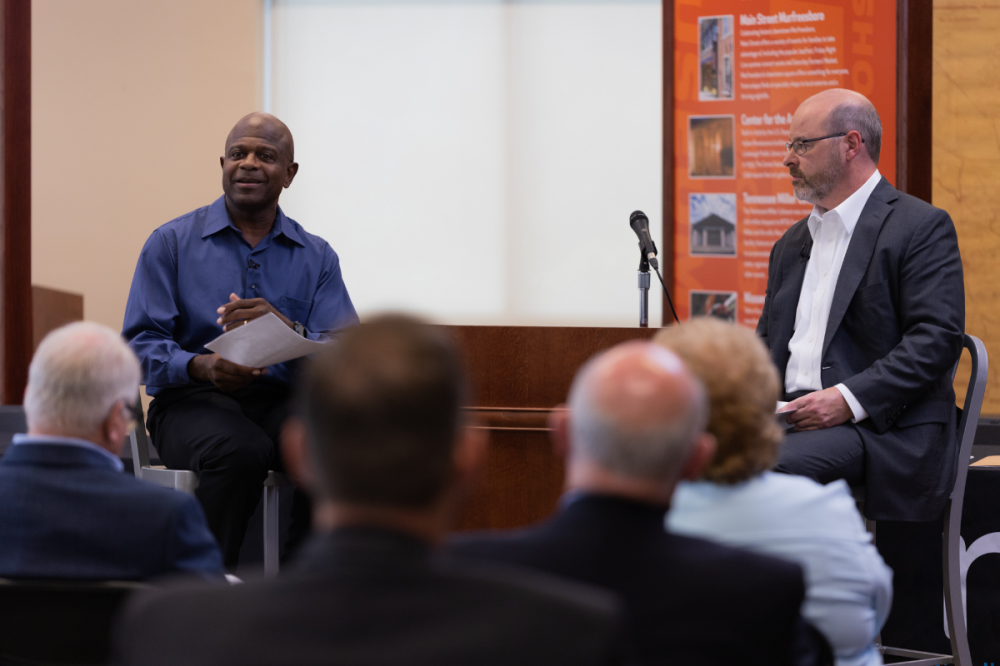 In their report to the membership, Board Chairman Mike Woods and CEO Chris Jones discussed the major components that made 2020 an unusual but successful year. MTE’s merger with Murfreesboro Electric Department in July of 2020 increased the organization’s membership to 315,000 members, making it the second-largest electric membership cooperative in the United States. To celebrate the merger and the start of a new era, MTE rolled out a new branding campaign, including a new logo, for the combined company. It was just the third such change since MTE’s founding.

ADVERTISEMENT
The COVID-19 pandemic impacted every element of the way MTE operates, and leadership acted quickly to implement policies and practices that would ensure the safety of members and its employees while continuing to maintain high standards of service. MTE line crews worked tirelessly last February to restore power after a devastating ice storm wiped out power for thousands of members. In addition, Woods and Jones touched on subsidiary United Communications’ continued efforts to expand its broadband footprint to members.

“Though 2020 was a difficult year in many ways, I am proud of how the entire MTE team pushed through and stepped up to provide assistance to our members when it was needed the most,” said Jones. “Ultimately, this year allowed us to evolve and expand in ways that will continue to have a positive impact on our community.”

A business session followed the video presentation, during which Treasurer Jim Mills spoke about the healthy financial position of the organization.

A Q&A session was conducted and questions from members were answered live. Members inquired about broadband, COVID, member programs and a variety of current topics.

“It would have been wonderful to see our members in person at this year’s Annual Meeting, but we are grateful that we are still able to share information, gather feedback and keep our members updated in a comprehensive manner,” said Woods. “Our members are the backbone of MTE, and we are honored to fulfill our purpose of making their lives better.” 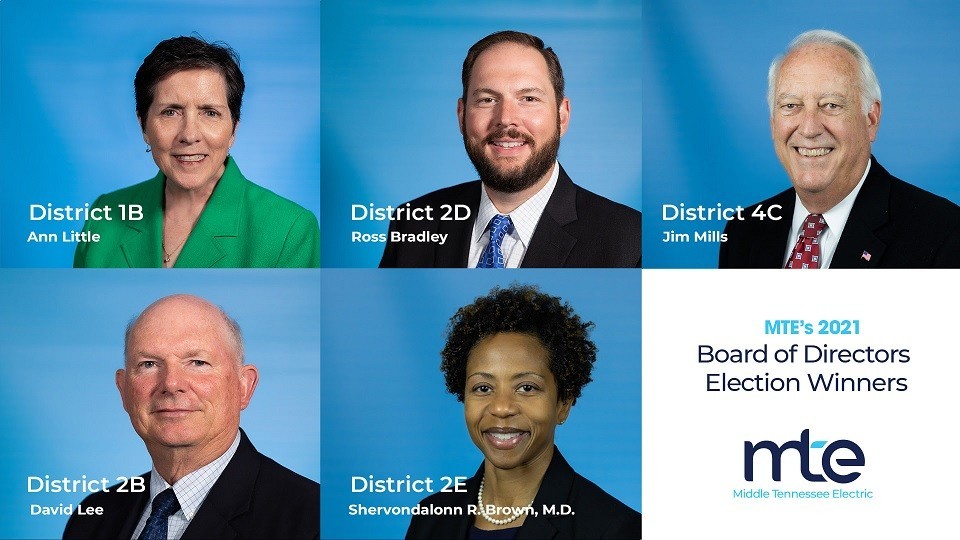 Middle Tennessee Electric (MTE) held its Annual Meeting virtually Saturday (8/28/2021) for the second consecutive year. Due to concerns for member and employee safety, the meeting was streamed live from the Rutherford County Chamber of Commerce.

MTE board members serve staggered three-year terms, and the Nominating Committee is responsible for nominating next year’s board of director candidates.

Scroll Down for More...

In an organizational meeting following the Annual Meeting, the board re-elected Mike Woods of Rutherford County as chairman, Steve Seger of Williamson County as vice chairman and Jim Mills of Wilson County as secretary-treasurer.